NASA's JSC in Houston has been closed to all non-critical staff from 27 August and will remain closed on 29 August.

The NASA's Johnson Space Centre (JSC) in Houston, Texas, remained closed due to floods caused by the catastrophic hurricane Harvey, according to the space agency. 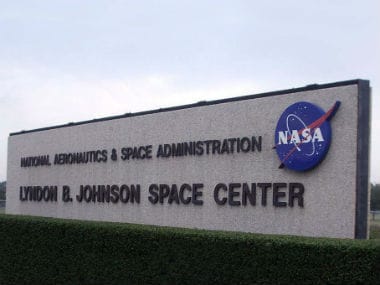 But the Mission Control continued operations, the agency announced on 28 August. "While the vast majority of our workforce is safe, many have experienced severe flood damage, are without power and may need other assistance," JSC Director Ellen Ochoa, a former astronaut, said.

The JSC in Houston has been closed to all non-critical staff from 27 August and will remain closed on 29 August. The JSC Emergency Management said: "Centre Closure Includes all Sites."

However, the Mission Control Centre is "operational and fully capable of supporting the International Space Station (ISS) from Houston", according to NASA.

"Oh boy — looks like a tonne of rain is about to unload. Here's a prayer for family, friends & everyone in Hurricane Harvey's path...stay safe," astronaut Jack Fischer, who is currently in the ISS, posted photos of the storm when he orbited over the hurricane.

"Wish I was up there and not down here," said JSC Director Ochoa who retweeted the images.

Tropical storm Harvey is still causing catastrophic flooding in the Houston area, as NASA satellites saw the storm's centre moving back into the Gulf of Mexico.

The NASA facility covers 1,700 acres southeast of Houston. The Category 4 hurricane made landfall on the night of August 25 in the coastal area of Texas.

It later downgraded to a tropical storm. Torrential rain has been pouring down in the coastal area as well as Greater Houston, resulting in heavy flooding.

At least 10 people have died as a result of the storm, as floodwaters continue to turn streets into waterways and gush into buildings, reports said