Anyone on the surface of Tethys looking up, would see Saturn lighting up the night sky.

NASA's Cassini spacecraft has captured an image of Tethys lit up by Saturnshine, or sunlight reflected from the gas giant. The image captures the night side of the moon, with a thin sliver of light seen towards the top edge, which is lit up by the Sun. Anyone on the surface of Tethys looking up, would see Saturn lighting up the night sky. The image of the icy moon was captured using the wide angle imaging instrument on board Cassini. 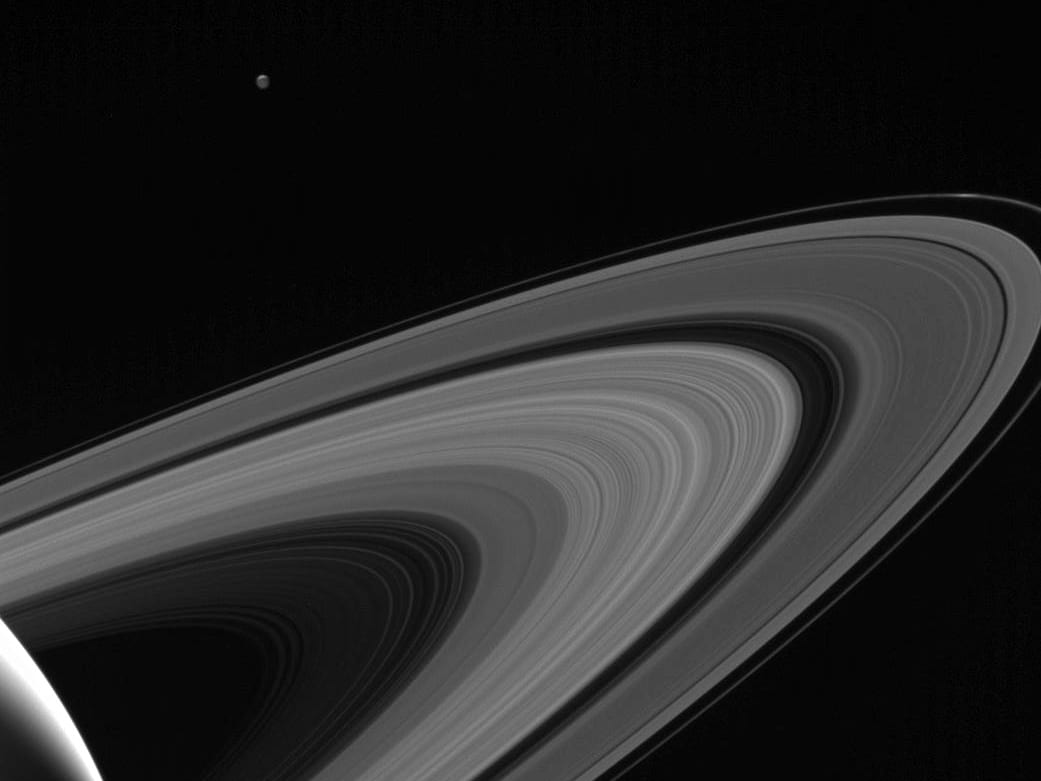 With respect to Cassini, Tethys is on the far side of Saturn, 1.5 million kilometers away. The image was captured on 13 May, 2017, in the fourth of the grand finale dive. The grand finale dives are a series of orbits where the spacecraft dives between Saturn and its innermost rings, and even coming in contact with the upper atmosphere of Saturn in the final few orbits. The nineteenth of of 22 planned grand finale orbits is currently in progress.

After the grand finale orbits, Cassini will plunge into Saturn in a science rich dive where it will continue to beam back observations to Earth till the moment it gets consumed in a ball of flame in the Saturnian atmosphere. There is not enough fuel left on the spacecraft for NASA to maintain control, and the spacecraft is being crashed into the gas giant to prevent potential contamination of the moons of Saturn, such as Titan and Enceladus, which may harbour forms of life. The final orbit is scheduled to take place on 15 September.