NASA will be sending up fifty high altitude balloons, with the help of student teams across the United States.

NASA will be studying the effects of a Mars like environment on life from Earth by sending microorganisms to the upper atmosphere on balloons. During the 21 August Solar Eclipse, NASA will be sending up fifty high altitude balloons, with the help of student teams across the United States. For the first time, these balloons will be relaying a live video stream of a solar eclipse from the upper atmosphere. 34 of these balloons will have a small biological experiments on board to study the effects of a Mars like environment on microorganisms. 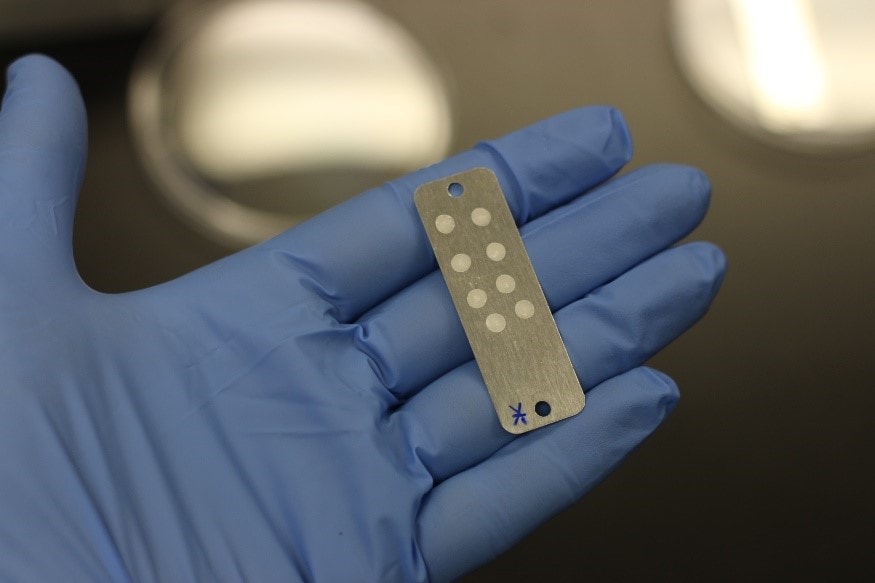 The experiment is housed on a small card, known as a "coupon". NASA/Ames Research Center

Mars has a cold, thin atmosphere, with no ozone layer to protect the surface from the harsh ultraviolet radiation from the Sun. In the upper regions of the stratosphere, which is higher than the ozone layer, the conditions are similar to the atmosphere on Mars. During the solar eclipse, the Moon will partially block certain kinds of ultraviolet rays that are less common on Mars. The temperature will also be colder than usual, offering a rare opportunity for studying the effects on life.

David J. Smith of Ames, principal investigator for the experiment says, "The solar eclipse on August 21st is enabling unprecedented exploration through citizen scientists and students. After this experiment flies, we will have about 10 times more samples to analyze than all previously flown stratosphere microbiology missions combined."

Each of the 34 teams will get two cards with benign but hardy microogranisms. One of the cards will be sent up on the balloons, while the other card will be kept on the ground. Once the balloons are retrieved, the two cards will be compared to study the effects of a Mars like environment on the microorganisms. The experiment will allow scientists to investigate the survival of the bacteria, and track genetic changes if there are any.

On NASA's Curiosity rover's eight anniversary, here are some of its top findings on Mars