Approximately an hour after launch, the solar arrays on JPSS-1 deployed and the spacecraft was operating on its own power. 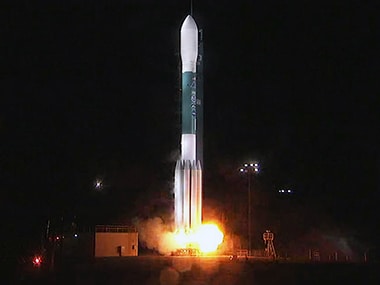 "Launching JPSS-1 underscores NOAA's commitment to putting the best possible satellites into orbit, giving our forecasters — and the public — greater confidence in weather forecasts up to seven days in advance, including the potential for severe, or impactful weather," said Stephen Volz, Director of NOAA's Satellite and Information Service. This is the first in a series of four such satellites in a collaborative programme between NOAA and NASA.

Approximately an hour after launch, the solar arrays on JPSS-1 deployed and the spacecraft was operating on its own power. JPSS-1 will be renamed NOAA-20 when it reaches its final orbit. Following a three-month checkout and validation of its five advanced instruments, the satellite will become operational, NASA said. The satellite will improve weather forecasting, such as predicting a hurricane's track, and will help agencies involved with post-storm recovery by visualizing storm damage and the geographic extent of power outages.

JPSS-1 data will also improve recognition of climate patterns that influence the weather, such as El Nino and La Nina, according to NASA.