With SuperTIGER, researchers are looking for the rarest of the rare, so-called ultra-heavy cosmic ray nuclei beyond iron, from cobalt to barium.

NASA plans to launch on 10 December a balloon-borne instrument to collect information on cosmic rays, high-energy particles from beyond the solar system that enter Earth's atmosphere every moment of every day. 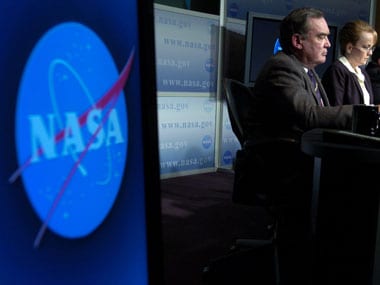 The instrument, called the Super Trans-Iron Galactic Element Recorder (SuperTIGER), is designed to study rare heavy nuclei, which hold clues about where and how cosmic rays attain speeds up to nearly the speed of light.

"Heavy elements, like the gold in your jewellery, are produced through special processes in stars, and SuperTIGER aims to help us understand how and where this happens," said lead co-investigator John Mitchell at NASA's Goddard Space Flight Center in Greenbelt, Maryland.

"We're all stardust, but figuring out where and how this stardust is made helps us better understand our galaxy and our place in it," Mitchell said.

The most common cosmic ray particles are protons or hydrogen nuclei, making up roughly 90 percent, followed by helium nuclei (eight percent) and electrons (one percent).

The remainder contains the nuclei of other elements, with dwindling numbers of heavy nuclei as their mass rises.

With SuperTIGER, researchers are looking for the rarest of the rare, so-called ultra-heavy cosmic ray nuclei beyond iron, from cobalt to barium.

"Within the last few years, it has become apparent that some or all of the very neutron-rich elements heavier than iron may be produced by neutron star mergers instead of supernovas," said co-investigator Jason Link at Goddard.

"It's possible neutron star mergers are the dominant source of heavy, neutron-rich cosmic rays, but different theoretical models produce different quantities of elements and their isotopes," said Robert Binns, the principal investigator at Washington University in St. Louis, which leads the mission.

"The only way to choose between them is to measure what's really out there, and that's what we'll be doing with SuperTIGER," Binns added.

The previous flight of SuperTIGER, which ended in February 2013, lasted 55 days, setting a record for the longest flight of any heavy-lift scientific balloon.