The NASA rover will search for signs of microbial life that characterize Mars climate and geology.

We are not yet sure as of when we will set foot on the Red Planet, Mars, but the good news is now we can look forward to submitting our names to send them abroad with the Mars 2020 rover. The invitation is open to the public and the rover is set to take off in July 2020. The rover will touch down on Mars in February 2021.

As per the US space agency, NASA, people can get their names etched on microchips that are to be affixed on the rover. People will get a souvenir boarding pass. 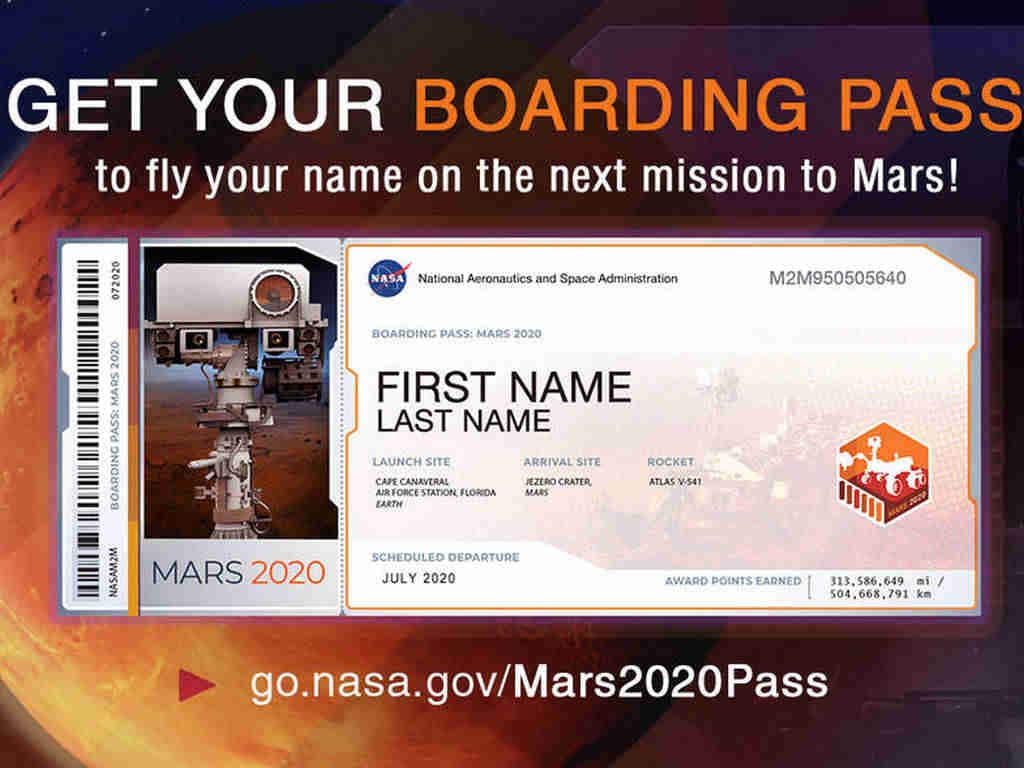 The submitted names will be sent to The Microdevices Laboratory at NASA's Jet Propulsion Laboratory (JPL) in Pasadena, California. An electron beam will be used to stencil the names on silicon chips with text smaller than one-thousandth the width of a human hair.

The rover that is to reach the mars weighs more than 2,300 pounds ( roughly 1,000 kg). It will search for signs of past microbial life that characterise the planet's climate and geology. The emphasis will also be on collecting samples for a future return to Earth and pave the way for human exploration of the Red Planet.

"As we get ready to launch this historic Mars mission, we want everyone to share in this journey of exploration," said Thomas Zurbuchen, associate administrator for NASA's Science Mission Directorate (SMD) in Washington. "It’s an exciting time for NASA, as we embark on this voyage to answer profound questions about our neighbouring planet, and even the origins of life itself.”