Through the list, LinkedIn recognises 50 such professionals, who have successfully invested in building their professional brand on the platform.

Indian Prime Minister Narendra Modi and actress Priyanka Chopra have found a spot in the LinkedIn Power Profiles List of 2017. 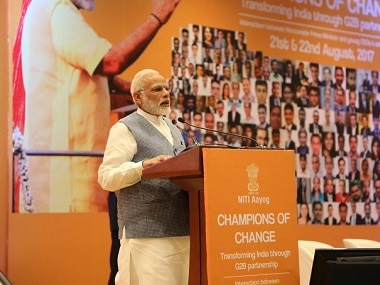 Professional networking giant LinkedIn on 23 August announced its fourth edition of Power Profiles, a list of the most viewed LinkedIn profiles of professionals in India, read a statement.

Through the list, the network recognises 50 such professionals, who have successfully invested in building their professional brand on the platform.

Modi with his 2.2 million followers on the platform, is a third time return to the list.

Akshay Kothari, country manager and head of product, LinkedIn India, said, "Our Power Profiles of 2017 have built a strong brand by sharing their diverse experiences and voicing their opinion on issues that matter to our members."

This news comes after Amazon and Flipkart topped in June in LinkedIn's 'Top companies' list for second year in a row. LinkedIn said the list is fueled by exclusive LinkedIn data, including job seeker reach, engagement, and retention. LinkedIn has around 500 plus million members.