NAL is working on Mark 2 version of its light transport aircraft Saras: CSIR

Dr Harsh Vardhan said NAL had proposed to get Mark 2 version of the aircraft certified initially for military and subsequently for the civilian version.

India’s indigenously developed light transport aircraft Saras was successfully test flown for a second time today, less than a month after the first flight on January 24. 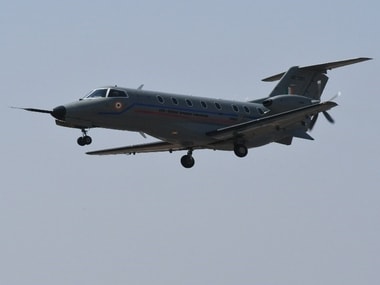 A total of 20 test flights are planned for the aircraft before freezing the production version. The design and development of the aircraft are being done by National Aerospace Laboratories (NAL). The production model design is expected to be ready by June-July this year.

NAL has incorporated several design modifications and improvements after the project was revived. These include the provision of a pair of 1200 shaft horsepower engines and a 104-inch diameter propeller assembles to cater to second segment climb gradient requirements, besides improved flight control system, rudder area, main wheel and brakes.

Union Minister for Science and Technology Dr Harsh Vardhan said NAL had proposed to get Mark 2 version of the aircraft certified initially for military and subsequently for the civilian version. He said the aircraft will be 20-25% cheaper than any imported aircraft in the same category. The improved version will be a 19-seater aircraft instead of a 14-seater proposed earlier.

“The unit cost of the aircraft, with more than 70 percent indigenous content, will be around Rs. 40 crores to Rs.45 crore as against Rs.60 crore to Rs.70 crore for imported ones and has far more benefits than what the imported aircraft offer,” he said.

“Saras Mk 2 will be ideal for commuter connectivity under the UDAAN scheme and other applications like aerial search/survey, executive transport, disaster management and border patrol,” the minister added. The Mark 2 version has considerable drag/weight reduction with unique features like high cruise speed, lower fuel consumption, short landing and take-off distance, low cabin noise, operable from a high and hot airfield, with a pressurised cabin, operable from semi-prepared airfield and low acquisition and maintenance cost.

Director General of CSIR Dr Girish Saini said the cost of development and certification of Saras Mk2 will be around Rs. 600 crores with a time period of about 2 to 3 years.

“IAF is committed to test and thereafter induct the first indigenously designed and manufactured Light Transport Aircraft. IAF is fully supporting this programme and the design and configuration of the new version of Saras would be frozen soon,” said Air Vice Marshal Sandeep Singh.