Tesla needs its share to rise another 6 percent to put the company's stock market value at $100 billion.

Tesla Inc Chief Executive Elon Musk is coming close to earning the first $346 million tranche of options in a record-breaking pay package, after the electric vehicle maker's stock more than doubled in the last three months.

Shares of Tesla surged 9 percent to a record high on Monday. They need to rise another 6 percent to put Tesla's stock market value at $100 billion and then be sustained at that level for both a one-month and six-month average in order to trigger the vesting of the first of 12 tranches of options granted to Musk to buy Tesla stock.

Musk has already hit an operational target that is also necessary for the options to vest. 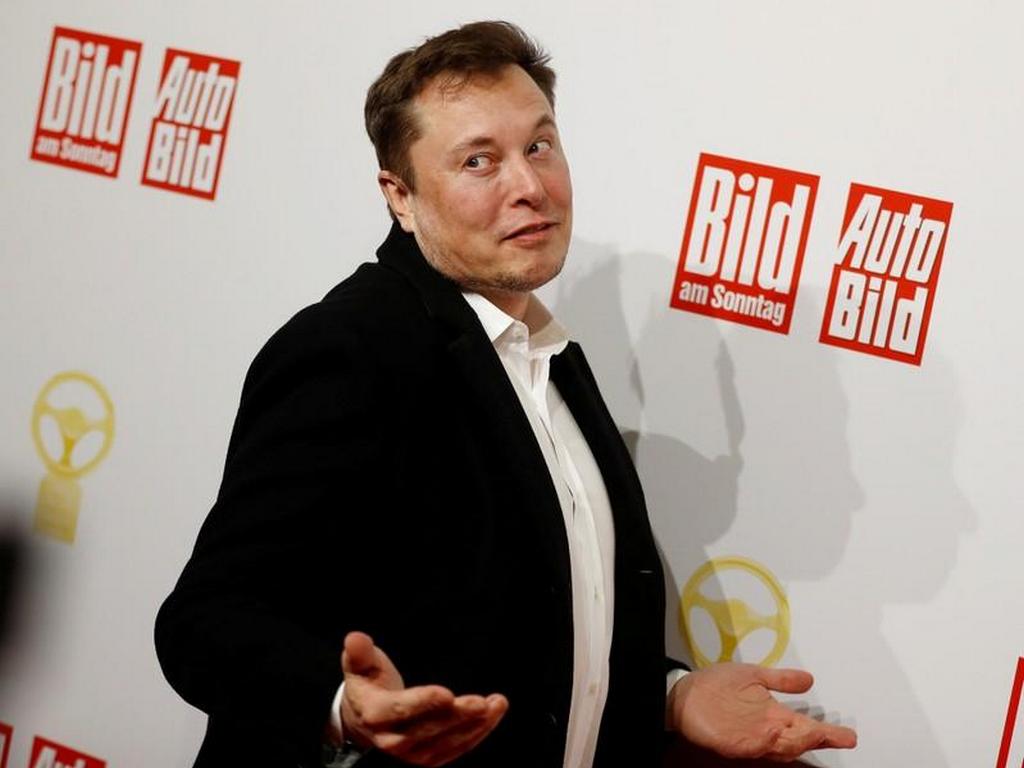 For Musk's subsequent tranches to vest under the terms of the 2018 package, the company's market cap would have to continue to sustainably rise by $50 billion increments over the agreement's 10-year period, with the billionaire earning the full package if Tesla's market capitalization reaches $650 billion and the electric car maker achieves several revenue and profit targets.

A full payoff for Musk, who is also the majority owner and CEO of the SpaceX rocket maker, would surpass anything previously granted to US executives, according to Institutional Shareholder Services, a proxy advisor that recommended investors reject the pay package deal at the time.

Musk receives no salary or cash bonus, only options that vest based on Tesla's market cap and milestones for growth.

"This is the very definition of pay for performance," said Ian Keas, senior director at Longnecker & Associates, an executive compensation consulting firm. "But is he the only individual that could serve in that seat as CEO and deliver that value to shareholders? That's the billion-dollar question."

Musk's potential payout compares to the $638 million received by Snap Inc founder Evan Spiegel in 2017 after the social network company's initial public offering. In 2018, Walt Disney CEO Robert Iger earned stock grants worth as much as $149.6 million, including awards related to Disney's purchase of film and television assets from Twenty-First Century Fox . 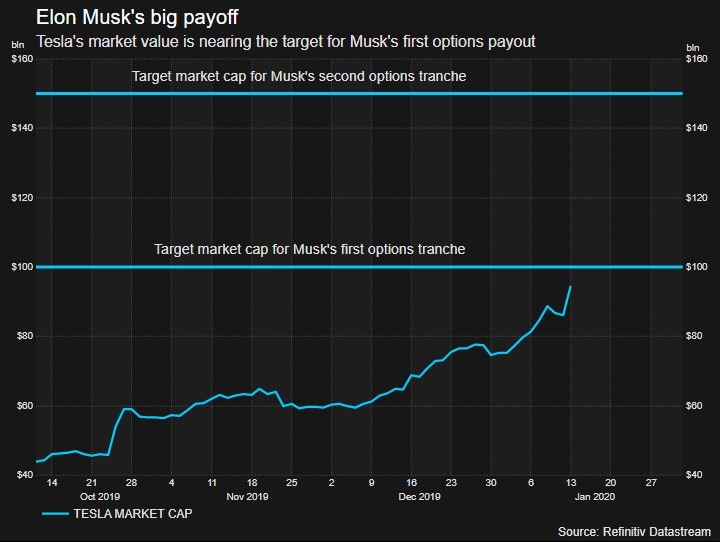 Musk has transformed Tesla from a niche car maker with production problems into the global leader in electric vehicles, with US and Chinese factories. So far it has stayed ahead of more established rivals including BMW and Volkswagen .

Last week, Tesla's stock market value hit nearly $89 billion, eclipsing the sum of General Motors' and Ford's for the first time, fueled by a surprise third-quarter profit, progress at a new factory in China and better-than-expected car deliveries in the fourth quarter.

Many investors remain skeptical that Tesla can consistently deliver profit, cash flow and growth, however. More Wall Street analysts rate Tesla "sell" than "buy," and the company's stock has been one of the most shorted on Wall Street.

Tesla was valued at about $53 billion when shareholders approved the pay package in January 2018 and faced a cash crunch, production delays and increasing competition from rivals. It was viewed as massively ambitious because it implied the company's value could grow as much as ten-fold in 10 years.

Musk currently owns about 34 million Tesla shares, equivalent to 19 percent of the company. His compensation package would let him buy another 20.3 million shares if all of his options vest.

When Tesla first unveiled Musk's package in 2018, it said Musk could in theory reap as much as $55.8 billion if no new shares were issued. Tesla has since awarded stock to employees and last year sold $2.7 billion in shares and convertible bonds.