Much to the disappointment of Apple fans, the MacBook lineup is not expected to get a major update this year: Report

This will come as disappointing news to MacBook users because Apple's 2015 MacBook Pro refresh hasn't been that well received.

It has been reported that Apple will not be introducing any significant updates to the MacBook Pro in 2018. This will come as disappointing news to MacBook users because Apple's 2015 MacBook Pro refresh hasn't been that well received.

For a start, Apple's decision to go all-in with USB-C is a major headache. It is literally impossible to connect your iPhone, SD card or any standard USB device to the laptop without purchasing additional dongles or cables. Another major concern is the durability of the devices. In a bid to slim down the keyboard, Apple redesigned the key switches. However, the switches are so sensitive to dust that even a grain of dust could kill a key, resulting in a $700 repair bill — since the keyboard can't easily be replaced. Other issues include the not-very-useful TouchBar, limited connectivity options, and more. 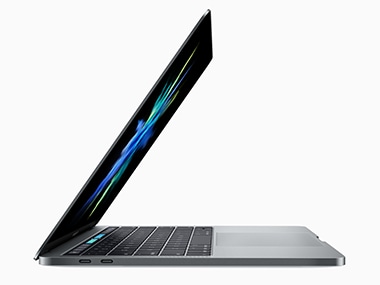 This information comes courtesy of a DigiTimes report. Foxconn has apparently been vying for a larger MacBook Pro contract from Apple and this year, has been granted one. According to DigiTimes, Foxconn and Quanta — another manufacturer — usually split the production in a ratio of 20:80 respectively. The situation has now been reversed, with Foxconn picking up the bulk of the contract. This switch has happened because the MacBook Pro is not expected to include any major upgrades in 2018.

In fact, Apple has reportedly sent the components to Foxconn for assembly in the second half of 2017 itself.

It has been reported that Apple wanted to lower risks in the supply side, and lower the cost for manufacturing its MacBook Pro. Thus, it gave the maximum order to Foxconn and not Quanta. Also known as Hon Hai Precision Industry, Foxconn is planning to complete the order by the second quarter of 2018.

Meanwhile, Quanta, which will not be receiving the maximum share for production, has been pushing for orders from other brands.

Apple's Macbooks have received harsh criticism since their launch, but counter-intuitively, have continued to sell well. Now that Apple's sprawling campus has been completed, Sir Jonathan is expected to return to the helm as Apple's chief of design. He has hinted, at least, that they're listening to the criticism. Hopefully, this will at least mean that the 2019 MacBooks will be sensibly redesigned. Ive had spent the last few years focussing his energies on the design of the Apple campus.