Currently under beta testing, Firefox Private Network will be released as a stand-alone product, Mozilla VPN, in the US in the coming weeks

Mozilla has announced that it is launching its own VPN (virtual private network) product soon. Mozilla VPN has been running for beta users in the US and offers protection for up to five devices on Windows, Android and iOS.

The company in a blogpost wrote that it learned that many users want to feel safer online and decided to start with the goal to provide device-level protection. "This is why we built the Firefox Private Network VPN, helping you control how your data is shared with your network," the company wrote. 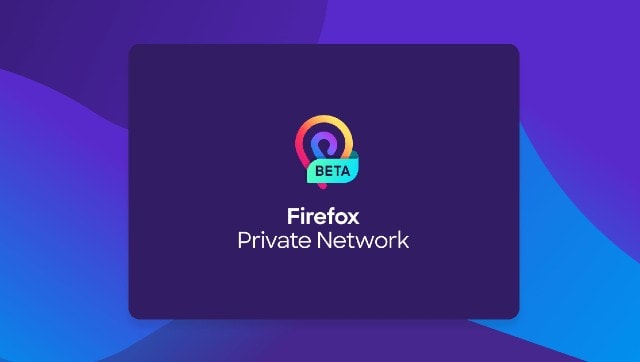 As per ZDNet, Mozilla works by routing web traffic through a network of trusted proxies. It's browser extension uses Cloudflare servers, while the full-device VPN uses Mullvad servers and the open-source WireGuard VPN protocol.

According to a report in 9To5Google, once the Mozilla VPN exits the beta stage, it will continue to be available to US users for the time being. The report, however, added that Mozilla has said it plans to launch its VPN in other selected regions by the end of the year.

As per the report, Mozilla will offer the Mozilla VPN at $4.99 per month.

According to the Mozilla blogpost, the VPN will exit Beta phase in coming weeks. It will exit the Firefox Private Network brand, and become a stand-alone product, Mozilla VPN, to serve a larger audience.