Move over iTunes! Games are the new place for hit music

Anecdotal and journalistic evidence suggests that the placement of popular music in big-name video games can have dramatic effects on digital sales.

Singapore: Now that the Grammies are done, let's talk about music.

At least twice a year, game publishing giant EA goes on a gigantic worldwide 'coolhunt' to source the latest sounds for their annual franchise extravaganzas: the FIFA series of football games, and the Madden series of American Football games. 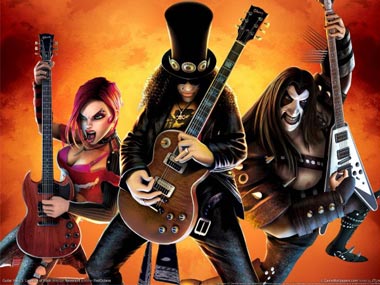 More than the Grammies, more than big-label sponsored 'compilation' discs, and maybe even more than the Billboard or iTunes charts - I'm going to argue that the soundtrack shortlist for FIFA and Madden are the world's most accurate bellwether for what kids these days are listening to.

I'd love to see some serious academic work on this, but anecdotal and journalistic evidence suggests that the placement of popular music in big-name video games can have dramatic effects on digital sales. The estimated sales bumps from placement in a franchise like Guitar Hero are reported to be as high as 200 to 300 percent, with a similar figure cited for popular racing titles like Burnout, Need for Speed and sports games like FIFA (all, coincidentally, games published by Electronic Arts)

This is not a new phenomenon. I remember discovering British bands like Blur and acts like Fatboy Slim through FIFA 98 and 99 respectively. The Tony Hawk Pro Skater series introduced me to 90s punk, while GTA IV made me a disturbing devotee of post-Soviet Russian pop.

When I interviewed the political punk/bhangra group Asian Dub Foundation last year (a band I discovered via Need for Speed: Underground), they admitted that that video-game opened up their music to a whole new generation of listeners. Ditto for Internet sleeper hit musician Jonathan Coulton, after he composed 'Still Alive' for critical hit Portal (Portal 2, meanwhile, featured an exclusive song by indie giants The National - a sign of things to come, perhaps?)

But games aren't just building an alternate channel of publicity for existing music, they're creating genres and musical identities of their own.

There are games that offer interactive experiences with music that you already own, such as Audiosurf - which converts songs of your choice into 'levels' for you to conquer. Some, like Child of Eden and its predecessor Rez, are (atleast partially) about the creation of layered electronic music. Tomes have been written about the effect of the Guitar Hero and Rock Band franchises on musical education and appreciation.

But there's another front opening up.

Just last week, a pay-as-you-go bundle of original music from a selection of indie games sold close to 12,800 copies, with proceeds going to charities. That may seem like a blip on the radar compared to the millions that other game bundles have shipped, but remember that the bundle was ONLY about the music that you heard in-game. (Read more about bundles)

If you're scratching your head at this point, wondering why anyone would pay money to purchase in-game music, it's worth remembering that some of these games have incredible soundtracks, mashing and fusing genres in exciting new ways.

Here are five examples from recent years that serve as an interesting starting point:

SpaceChem is a puzzle game about organic chemistry, and it's way more fun that this sentence makes it sound. You'll spend hours in blissful productivity and contemplation, and guess what...the bloopy, strings-accented soundtrack hugely helps you immerse.

2. VVVVVV - Space Station
A great introduction to what's called 'Chiptune' music (music composed to evoke the limitations of early console systems like the old Nintendos - think the theme from Super Mario), and a particularly insidious earworm especially if you've played the game.

3. Beyond Good and Evil - Propaganda
Beyond Good and Evil was a fantastic action/adventure title that sadly failed commercially. It had rich characters, an interesting story and absolutely kickass soundtrack. 'Propaganda' is the song that plays in the game's seedy Akuda Bar, and it appears to be a mix of gangsta rap, Bollywood-esque string sections, Malian blues and something from the Gorillaz. Can't go wrong with that.

4. Bastion - Zia's Theme
Bastion was 2011's sleeper hit, a painterly, whimsical, almost melancholy role-playing game. Two elements, more so than others, stood out in the game: the voice of the narrator that guided your experience, and the fantastic soundtrack that defined it. It's epic, driving action music with a touch of country/western influence and a twinge of sadness and nostalgia. Brilliant.

5. Mirror's Edge - Still Alive
Mirror's Edge was about space and cities, and emptiness and longing, and the game's beautiful OST evokes all those sentiments, especially this title song.