New design mods include reformed peeking, new outline for the card stream and a new app launcher in the Moto 360.

Motorola has rolled out the Android Wear 2.0 software update for the Moto 360 smartwatch. The company claims to have added support for new features and resolved some earlier issues to give a smoother experience. 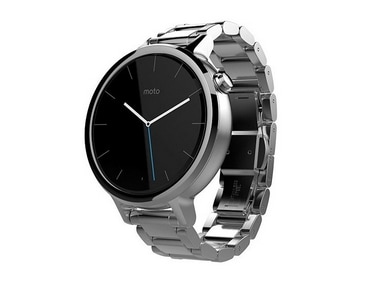 New design mods include reformed peeking, new outline for the card stream and a new app launcher. You can also rearrange apps to put your favorite ones on top. You can now also respond to your messages by typing, speaking or handwriting your response. The smart reply feature will suggest different responses on the basis of your received message.

Google Assistant is now available on the Moto 360 with the Android Wear 2.0 update. The functionality will be more or less the same as in the Android smartphones, however, currently it is available in only two languages which are English and German.

The lightweight Doze helps extends the battery life of the smartwatch. Side buttons have improved functionality like pressing quickly and releasing to access your apps or pressing and holding to launch Google Assistant.

You cannot downgrade once you have updated to the Android Wear 2.0 on your Moto 360.