The Motorola Moto X4 is expected to launch with a price tag of 350 Euros in Eastern Europe.

According to new leaked information, the Motorola Moto X4 is expected be to be launched with a price tag of 350 Euro (approx. Rs 26,388) in Eastern Europe. The price of the device was mentioned in a tweet by Twitter user, Roland Quandt. He tweeted out the price of the device saying, 'Moto X4 32 GB will have some interesting pricing it seems. ~350 Euro in eastern EU. Lower than I thought'. 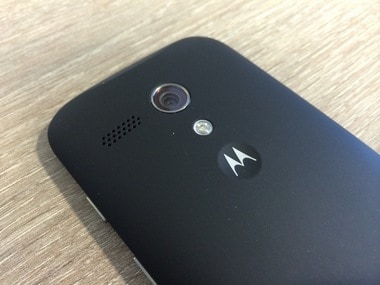 The Motorola Moto X4 is expected to feature a dual-camera setup with a 13 MP sensors with f/1.7 aperture on rear and an f/2.2 aperture front-facing camera. Leaks point to a 5.2-inch Full HD display and a Qualcomm Snapdragon 660 chipset that is supported by 4 GB RAM.

Lenovo, the parent company of Motorola is expected to bring two variants of device with 32 GB and 64 GB of internal storage respectively. The device is said to be powered by a 3,800 mAh battery. Other features include NFC and a fingerprint scanner, an IP 68 water-resistance certification and a full-metal unibody design covered by glass from all the sides.