As far the Geekbench scores go, they are a bit lower than what we recorded while reviewing the phone.

Motorola launched the Moto One Power late in September and being a part of the Android One program, it ran Android Oreo 8.1 out of the box. Android Pie was promised before the end of the year and latest reports suggest that the wait shouldn't be too long.

The Motorola One Power was recently spotted on a popular benchmarking app, Geekbench, running Android 9 Pie. Spotted first by Chinese publication IT Home, the phone was benchmarked on 2 November with the operating system being the only change. 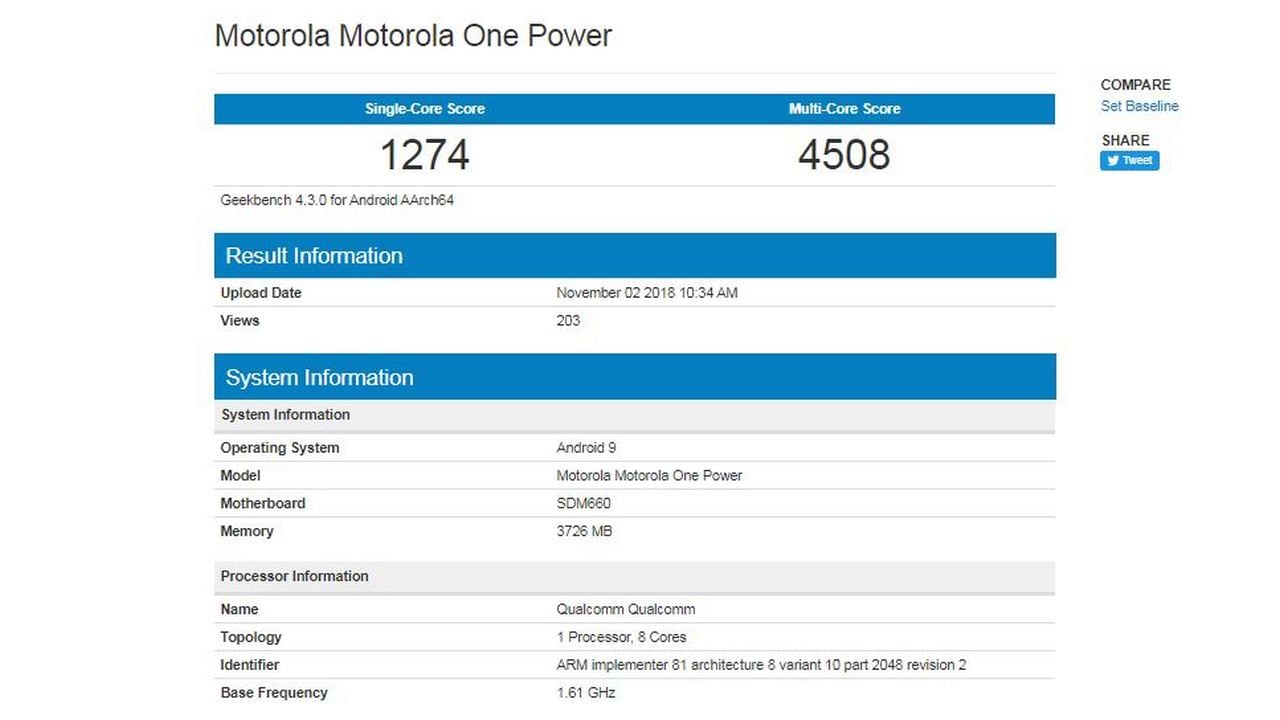 In terms of specifications, the Motorola One Power sports a 6.2-inch IPS LCD display with an HD+ resolution and the same 19:9 aspect ratio. The phone sports a Qualcomm Snapdragon 636 chipset which we also saw feature on the Nokia 6.1 Plus recently. The phone also comes with two storage choices — 3 GB RAM with 32 GB storage and 4 GB RAM with 64 GB storage.

The One Power features a 16 MP + 5 MP dual-lens unit on the back and an 8 MP camera on the front.

Staying true to its name, the phone also sports a massive 5,000 mAh battery, which can be topped off using Motorola's TurboCharger, which is supplied in the box.