Moto Z2 Force with shatterproof display launched in India for Rs 34,999; to start selling from 16 February on Flipkart

The Moto Z2 Force Edition offers a shatterproof display, which was first seen on the Moto X Force couple of years ago

Last year Lenovo owned Motorola did not have any flagship phone launches. We did see the Moto Z2 Play in mid-2017, which was followed by the budget G5 and G5S series and then towards the end of 2017, we saw the launch of the mid-range Moto X4. So Moto is starting off 2018 with the launch of its flagship, the Moto Z2 Force. Although this phone was released in July 2017 in the US markets, it will start selling in India from 11:59 pm on 15 February at Rs 34,999. Moto is also bundling the Moto TurboPower Pack Mod, which retails for Rs 5,999, for free along with the Moto Z2 Force. 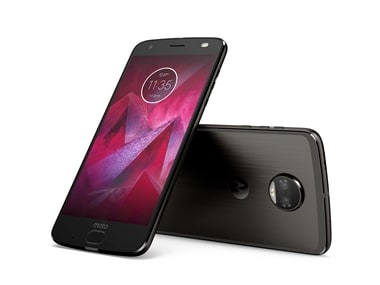 The Moto Z2 Force Edition offers a shatterproof display, which was first seen on the Moto X Force couple of years ago. The device features an all-metal design, which looks very similar to the Moto Z2 Play smartphone that was launched in India in June. There's a 5.5-inch Quad HD POLED display with Motorola's ShatterShield technology. However, the overall design is slimmer and its the hardware inside, along with Motorola's first dual camera module that's the highlight here.

The Moto Z2 Force comes with Qualcomm Snapdragon 835 chipset. The mobile processor is clocked at 2.35 GHz and features an octa-core setup with an Adreno 540 GPU handling the graphics.

There's 4 GB of RAM and 64 GB of internal storage that comes with microSD card expansion supporting cards of up to 2 TB.

The camera is indeed the focus of the flagship smartphone and Moto finally took the leap with a dual camera setup. There's two 12 MP Sony IMX 386 sensors one of which is a colour sensor and the other is a black and white sensor, which helps with adding sharpness to your photographs. It comes with an f/2.0 aperture. Speeding them up is the phase detection autofocus system (PDAF) assisted by a laser autofocus mechanism. However, there is no optical image stabilisation (OIS) but you do get a dual LED flash.

All of the above circuitry has been given a water-repellent nano-coating but the device is not splash-proof nor water and dust resistant, so don't go looking for that IP certification. The handset is powered by Android 7.1.1 with an expected update to Android O. It features Moto suite of services which include Moto Voice, Moto Display and Moto Actions.