There is no information about pricing, expected launch date or availability for the alleged Moto X4 at the time of writing.

Moto X4 may be one of the first devices to pack Android One after the much anticipated Xiaomi Mi A1 launch in the Indian market. According to a report by GSMArena, Moto may be looking to launch Android One-powered X4 in the United States in coming future. 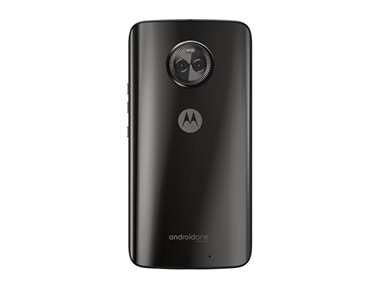 X4 is likely to the first Android One powered device to launch in the United States as early Android One devices were limited to developing markets. Infamous tipster and leaker Evan Blass posted the render of the back side of the device.

According to the specs, the Moto X4 will be housing a Qualcomm Snapdragon 630 chipset which will house an octa-core processor of up to 2.2 GHz along with Adreno 508 GPU. The phone is expected to sport a 5.2-inch Full HD AMOLED display protected by Gorilla Glass 3.

The Moto X4 will house 4 GB RAM and will come with 64 GB internal storage capacity, which is expandable to 256 GB using a microSD card. Interestingly, the variant with 4 GB of RAM and 64 GB storage will be manufactured for Asia Pacific region, while handset with 3 GB of RAM and 32 GB will be for the European market.

There is no information about pricing, expected launch date or availability for the alleged Moto X4 at the time of writing. This comes days after the launch of Xiaomi Mi A1 in the Indian market. Mi A1 marks a new push towards Android One as it is the first time where Google is packing Android One in mid-range and budget devices under Rs 24,000.