The Moto G7 lineup includes the Moto G7, Moto G7 Plus, Moto G7 Play and the Moto G7 Power. The press renders show that Motorola has finally embraced the notch, with each and every one of the phones arriving with a notch. 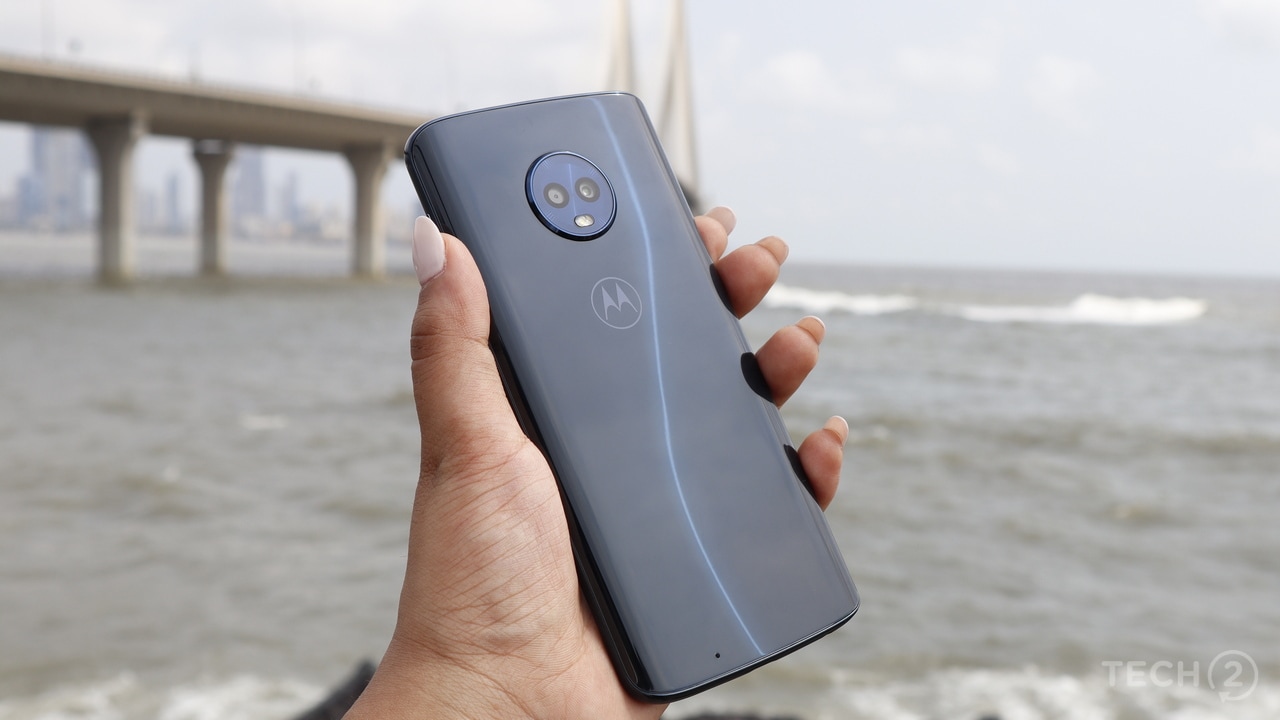 The Moto G7 is seen in a white colour variant. Like the Moto G6, it has a shiny, curved glass back and a waterdrop notch on the front.

The notch is said to house a single lens camera, according to the report in Droid Shout.

There are thin bezels at the sides, but the bezels at the bottom are thick enough to fit in the company's name. The bottom frame of the phone renders also shows a 3.5 mm audio jack, a USB type-C port and a speaker grille.

The rear camera design is slightly different from that of its predecessor and looks almost like a face mask.

The Motorola logo doubles up as a fingerprint sensor and is placed below the rear camera.

The Moto G7 Plus sports a maroon-coloured coat and sports the same curved glass back and comes with a waterdrop notch housing a single front camera.

It too has thin bezels at the side frame and thicker ones at the bottom end. The back design is also similar to that of the Moto G7.

According to the report in GizmoChina, the Moto G7 Plus might be bigger in display size though, and also in terms of specs.

This too sports a fingerprint sensor on the back.

The render of the G7 Play is in a Champagne Gold hue and has a wider rectangular notch similar to that of Google Pixel 3 XL.

The notch might house the camera, a speaker and an LED flash. The side bezels seem to be thicker than the earlier models and also the bottom bezel is a bit thicker.

The back of the phone does seem a bit glossy, making it seem like a metallic finish.

The cameras on the rear are placed inside the circular frame, but they are vertical. This too has a fingerprint sensor.

There is no audio jack visible at the bottom, but there seems to be a microUSB port.

Finally, the fourth model in the lineup, Moto G7 Power, comes with a smaller but tub-shaped notch housing the front-facing camera and speaker.

By the name, it feels that this one might be the one with the biggest battery pack.

The bezels are also thicker and similar to those on the Play variant. The rear design also appears to be the same and this model is shown in blue.

The G7 Power sports a microUSB port at the bottom with no audio-jack.

There is no update on when the Motorola G7 series might launch, but it's only expected in 2019. As per a report in GizmoChina, the phones might come with phones with Android 9 Pie out of the box