Moto G5S Plus and G5S to launch today: Here's how to watch the event live

Lenovo owned Motorola is expected to launch the Moto G5S Plus and the G5S at 11:30 am on 29 August

Lenovo owned Motorola is expected to launch the Moto G5S Plus and the G5S today at 12:15 pm. According to a report by GSMArena, the devices will be unveiled as Amazon exclusives. Amazon has posted a banner about the launch on its website with an option to ‘Notify’ the users about the availability of the launch. 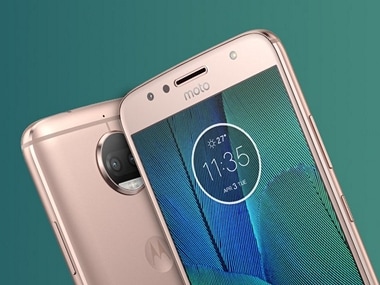 The phones will be replacing the incumbents — Moto G5 and G5 Plus. The addition that the G5S Plus brings to the table includes a dual-rear camera setup on both the devices.

As previously reported, Moto G5S Plus will sport aluminium unibody all-metal design with a 3,000 mAh battery. Moto claims that the phone will have enough juice to last an entire day. The device will pack a turbo charger in the box which can give 5 hours of battery life in 15 minutes. It will come with a 5.5-inch FHD screen powered by an octa-core processor clocked at 2.0 GHz.

Moto G5S Plus will come with a dual camera setup on the back with two 13 MP camera modules along with an 8 MP wide-angle camera module on the front with LED flash. The phone will also come with the Quick Reply and Night display features as part of the Moto Experience.

The event is expected to begin from 11:30 am onwards and the livestream will start at 12:15 pm. For those of you who want to watch the event, Moto will be streaming it on YouTube. Here is the livestream link.

The Moto G5S will come with a 5.2-inch full-HD (1080 x 1920 pixels) IPS display panel with a protection of Corning Gorilla Glass 3. The phone packs 4 GB RAM with 32 GB storage along with an option to expand storage up to 128 GB using an external microSD card. Lenovo has packed an Octa-core Qualcomm Snapdragon 430 clocked at up to 1.4 GHz along with Adreno 505 GPU to handle graphic intensive tasks

The smartphone features a 16 MP camera module with phase detection autofocus and f/2.0 aperture at the back along with a 5 MP camera module on the front with wide angle lens and f/2.0 aperture. Both the front camera and rear cameras feature a dedicated LED flash to illuminate the pictures. Rest of the features include a 3,000 mAh battery with Turbo Charge, 1080p recording at 30 fps. G5S runs Android 7.1 Nougat out of the box. Lenovo has added accelerometer, gyroscope, ambient light, proximity and fingerprint reason in terms of sensors to enhance the user experience of the smartphone.

Moto has also added a fingerprint sensor which can be used to make payments. The price points of the devices aren't known yet. We will find that out in a couple of hours.