More women taking up online gaming and developing games is better for the industry as a whole. Here’s how.

Women account for 18 per cent of all gamers in India, but that number is fast increasing. We spoke to Sooraj Balakrishnan of Acer India, to discuss the changing landscape of gaming in India, and how do we get more women to participate in the industry.

For long, gaming has been a man’s domain. We have had a few women gamers who competed in professionally, and then went on to become very successful content creators, but most of them, if not all, were from southeast Asian, American or European countries. Indian women gamers were nowhere to be seen. 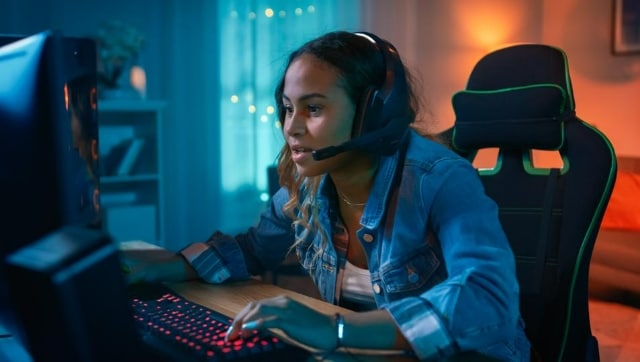 However, this scenario has changed rapidly over the last couple of years. We have had some really successful women gamers who are competing at the highest level and are emerging as serious content creators. Furthermore, women are also participating in game development in India, which has led to some really unique and progressive perspectives in the industry. Tech brands, too, are stepping up and sponsoring more and more women gamers.

We had a chat with Sooraj Balakrishnan, Head of Marketing, Acer India and discussed what challenges women face when it comes to gaming in India and taking it up as a serious career, the inclusion of e-sports as a medal event in the 19th Asian Games, and how that will boost the Indian gaming industry. Edited Excerpts:

Gaming, be it mobile, console, or desktop, has been perceived to be a man’s domain for a long time. Is the situation changing in India?

Yes, there has been a shift in how gaming is perceived today. I believe it is no longer about gender but the opportunities and mediums that are available to people. Traditionally gaming was perceived as a male-dominated industry as most men were at the centre stage when gaming was talked about. However, today there is a change in narrative and the increasing degree of women’s participation is encouraging and a testimony that the situation is changing in India.

There is also the fact that people’s mindset has evolved over the years. Today there is acceptance, and gaming is not typecast as a male thing. Brands and even the government are encouraging women’s participation in esports and other gaming tournaments. So yes, the perception has changed and women in gaming will continue to increase in the coming future.

In India, what percentage of gamers are women?

As per ‘Think with Google APAC – Play like a Girl Report 2022’, 18% of all gamers in India are women. And the interesting fact is the number of women is increasing at a faster rate than the number of male gamers in India. The same study also highlights that more than 43% of the Indian smartphone gamers population were women and this is across all age groups. This is a great and positive sign for the representation of women in the gaming industry. The rise of online gaming has proved to be a positive push for women gamers. 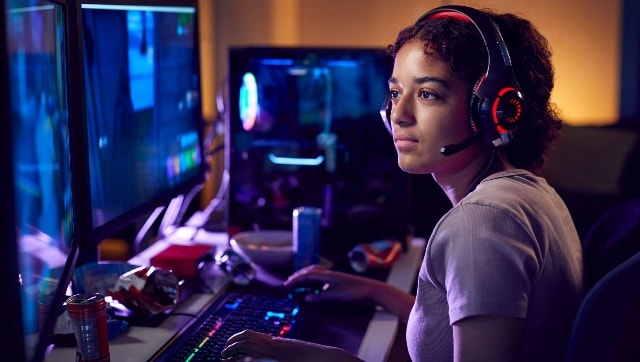 What are the challenges women gamers are facing in India?

The gaming industry today is witnessing an increasing number of women gamers not only at the player level but at the developer level as well. These women are equally competitive as their male counterparts and are making their presence felt in the industry. However, there is no denying that breaking the monotony of a male-dominated industry is challenging. In general, convincing, and making the family understand that you are a gamer is difficult, irrespective of gender. But I believe for women gamers it becomes more challenging because society is not used to women playing games especially if you wish to take it up as a career. So, they might face more roadblocks in comparison but again it depends on individuals. With gaming gaining visibility and recognition people will be more accepting of gaming as a career for both genders.

Other challenges that women have spoken about facing is the online harassment, the gender pay gap, and ignoring women as a target group as most of the games are designed keeping in mind the male audience. However, according to me as the industry evolves and more women take up gaming and become part of the developing games the scenario is bound to change for the better.

How do we get women to participate more in gaming, and take it up as a legitimate career?

I think a slow change is taking place. Today leading brands and companies are actively encouraging women gamers to participate in gaming by coming up with different initiatives and campaigns. The fact that there is a constant increase in women gamers also means that women are actively participating in gaming. The popularity of online gaming is also aiding in that progress.

Gaming is not just looked like a hobby, but women today are pursuing a career in it. From professional gamers, and game designers to a programmer all the avenues are open for women to take up a career. As mentioned before inclusion of Esports as a medal event in the 19th Asian Games will also help encourage women to take up gaming as a career.

I think it depends on preferences and it’s not possible to differentiate based on the genre of games. It depends on person to person. Ideally, you could say that men are more drawn to action games and women to puzzles or games that stimulate the brain more than gore and violence. But that cannot be proven because there are women who like playing action games and men solving mysteries and puzzles. So, I don’t think that you can club them based on genre, it’s more based on personal preference.

Amateur and hobbyist gaming lobbies have a very vitriolic culture, especially in terms of the language used. How can game developers ensure that this is a safe space for women?

According to me, technology has proven to be a solution for tackling many things nowadays. Similarly, AI can be used to block out offensive language in games. There is software available that does exactly that. It bleeps the offensive word during the game. I think this can also be developed further and developers can add a feature where they have an option to report the incident and ensure that strict actions are taken about the complaints so that nobody can abuse or make gamers feel unsafe.

E-sports has been included as a medal event in the 19th Asian Games. How will this impact gaming, especially in India? Is Acer sponsoring any teams at the event?

I think the inclusion of e-sports as a medal event will help give a boost and encouragement to people who are planning to take up esports as a career. In India, esports is slowly becoming one of the most sought-after professions among the youth today. Despite the industry being relatively new, there is a huge potential in terms of popularity, reach, and even in terms of earnings. With this, the opportunities for innovation and entrepreneurship are increasing in the gaming sector. Low-cost & high-speed internet has opened gaming as an avenue of employment. 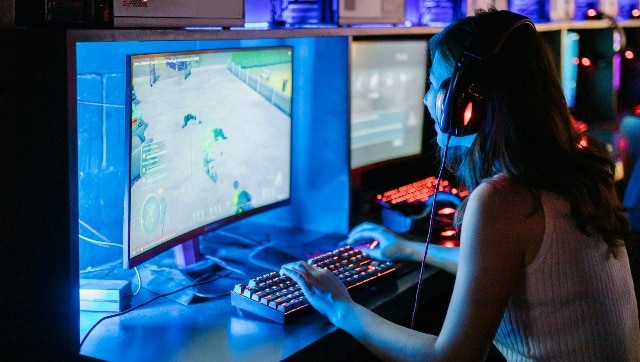 At Acer, we aim to develop the esports community as a whole and not just sponsor one team at an event. Global brands like ours in collaboration with government bodies are part of this ecosystem and driving the growth of esports. We see a huge potential in the esports sector in India going forward.

Acer has been taking some initiatives in making gaming more accessible for women. Can you please shed some light on the different initiatives that Acer has taken?

Our Predator League is held annually to reinforce the Predator brand’s commitment to supporting the gaming industry and, in the Asia, Pacific region. Predator is the brand with a complete gaming device line ranging from laptops, desktops, monitors, and accessories, and the Predator series offers the latest technology in gaming, made especially to enhance the gaming experience of any hardcore gamer. Starting in 2018, Predator League rolled through the Pan Asia Pacific in two phases. In 2019, the cross-continent tournament included more than 10 countries, bringing top-tier talent. This year we have our Predator League from 12th August – 3rd September 2022 and the final will be held in November in Japan. This League brings gaming enthusiasts irrespective of gender under a platform and allows them to compete to claim the title.

The league attracts millions of audiences and thousands of gamers playing for hundreds of hours throughout the month-long festival. This league is the pioneer in developing the gaming community and is instrumental in the growth of e-sports in India. In our flagship predator gaming tournament, we had an exclusive for women where we saw great participation from women gamers. It was encouraging to see women take up gaming seriously. E-sport is a very gender-neutral tournament where women can also compete in the same tournament as men, and they can achieve the same level of excellence as well. So, it’s a very attractive industry for women and we find more and more women taking to esports.

What’s next for Acer in India, as far as gaming is concerned? Will we see more initiatives and touchpoints from the company for amateurs and enthusiasts in India?

At Acer, we are always looking at innovating and trying to bring the best products to our customers. We have a full stack of gaming laptops starting from Aspire gaming series up to Predator. The Aspire 5 and 7 laptops are ideal for both amateurs and even gaming enthusiasts.

During our global press conference this year, we also announced the launch of our high-end gaming laptop – Predator Helios 300. This laptop comes with a 365Hz high refresh rate, and a lineup of stereoscopic 3D products expands with a pair of new standalone, portable displays for creators and gamers. There are two additions to the product, Acer SpatialLabs Views for personal entertainment and Acer SpatialLabs View Pro for commercial audiences. This product also brings glasses-free stereoscopic 3D technology to gamers and home – entertainment enthusiasts to give them an immersive gaming experience.