MoES launched 'Sagar Vani', a system to communicate with and help the coastal community of India

About 15,11,703 marine fisherfolk are engaged in active fishing while about 9,27,120 from coastal community were involved in actual fishing either full or part time.

Union Science and Technology and Earth Sciences Minister Harsh Vardhan on Thursday launched 'Sagar Vani' system to communicate and help the coastal community, especially fishermen, with advisories and warnings related to the safety at sea. 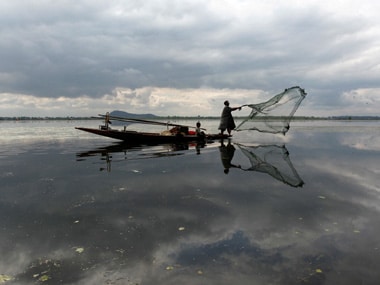 The advanced system has been developed by Indian National Centre for Ocean Information Services (INCOIS), under the Ministry, through its industry partner, Gaian Solutions Pvt. Ltd.  India has 3,288 marine fishing villages and 1,511 marine fish landing centres with marine fisherfolk population of 3,999,214. About 15,11,703 marine fisherfolk are engaged in active fishing while about 9,27,120 fishermen were involved in actual fishing either full or part time.

Presently, advisories are being disseminated from different service sections and through various stakeholders and partners, which might cause delay in dissemination of the services. "The 'Sagar Vani' is a software platform where various dissemination modes will be integrated on a single central server," a government statement said. The system also has facility to provide access to various stakeholders (NGOs, State Fishery Departments, Disaster Management Authorities, etc.) so that they too will be able to further disseminate these ocean information and alerts to the user community.

The minister also launched another application, 'India Quake' for dissemination of earthquake parameters.