Airtel posted a decline in consolidated net profit for the seventh straight quarter to Rs. 305.8 crores for the three month period ended 31 December, 2017.

Telecom major Bharti Airtel said the mobile tariff in the country is at unsustainable levels, but the battle in the industry at present is focused on market share, which continues to put pressure on business. 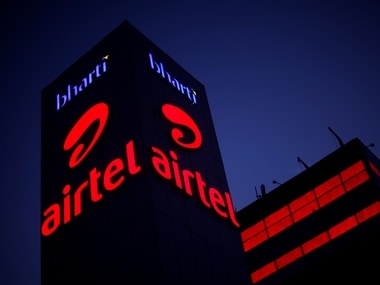 "I would say pricing today is at a deeply compressed level that is why we have seen the kind of consolidation that has happened in last 12 months. This level of pricing [is] clearly unsustainable. Pricing (rates) will have to lift but, at this point of time there is a fight for market share and that's being driven by the new entrant and therefore pricing remains compressed," Gopal Vittal, MD and CEO, India & South Asia, said during an earnings call last week.

India's largest telecom operator Bharti Airtel posted a decline in consolidated net profit for the seventh straight quarter to Rs. 305.8 crores for the three month period ended 31 December, 2017 on account of tariff war in the industry.

The Sunil Bharti Mittal led telecom firm had registered a net profit of Rs. 503.6 crores in the same period a year ago.

On the other hand, the new entrant Reliance Jio, which led to tariff war, on Friday posted its first-ever profit at Rs. 504 crores.

Vittal said that customers may be willing to pay Rs. 400-500 but they can get the unlimited call and data for Rs. 130 a month.

The average revenue per user of Bharti Airtel in India declined by 28.6 percent to Rs. 123 in the quarter from Rs. 172 in the year-ago period.

Vittal said that Indian telecom market will soon be a three-player market apart from state-run BSNL.

The company is in process of merging mobile business of Tata Teleservices (TTSL) and Telenor.

When asked about time for completing consolidation of TTSL with Telenor, Bharti Airtel Chief financial officer Badal Bagri said "in terms of Tata (Teleservices) and Telenor, it is slight difficult to predict timelines but we expect Telenor to come around in next quarter or so and Tata can be couple of quarter away from now."

A company representative said that discussions around acquiring additional stake in Indus Tower is currently on with several entities.