India has increased the import tax on dozens of electronic products such as mobile phones and television sets, a government statement said, to help curb supplies from overseas and build up the domestic industry. 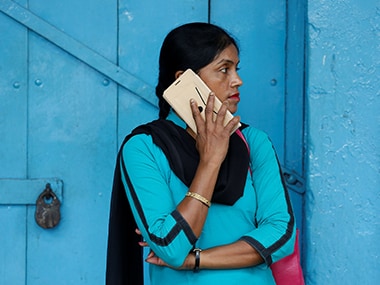 A woman speaks on her smartphone. Image: Reuters

The rise in tax from 10 percent to 15 percent on handsets will make imports of phones – including most of Apple’s iPhone models – more expensive at a time the company’s revenue growth is slowing in India’s $10 billion smartphone market.

Prime Minister Narendra Modi has launched a flagship Make-in-India program to expand the domestic industrial base, and one of the areas showing success is electronics.

Pankaj Mohindroo, president of the Indian Cellular Association, said on Friday the tax hike will boost domestic manufacturers who are making about 500 million cellphones a year, more than double the output three years ago.

Eight out of 10 phones sold in 2017 have been made locally, data from Counterpoint Research showed.

Samsung Electronics assembles in India most of the handsets it sells in the country.

Apple currently only assembles its iPhone SE models in India and imports its others. The company has sought a range of incentives and tax relief from the government for it to expand its manufacturing in India, but government officials have said they are unlikely to make exemptions for Apple.

“It will impact Apple the most as the company imports 88 percent of its devices into India,” he said. “Either this will lead to increase in iPhone prices or force Apple to start assembling more in India.”

Aside from cellphones, the government also raised the import tax on video cameras to 15 percent from 10 percent and doubled the one on television sets 20 percent, its statement said.

On Monday, a delegation of Indian telecoms equipment manufacturers met Finance Minister Arun Jaitley, seeking government help to promote the domestic industry while he prepares the budget for 2018/19.