Mobile internet connections in Africa to double in next five years; likely to cross the billion mark

Africa’s mobile internet connections are set to double in the next five years, thanks to affordable smartphones and the roll-out of high-speed networks.

Africa’s mobile internet connections are set to double in the next five years, a study showed on Monday, thanks to affordable smartphones and the roll-out of high-speed networks. 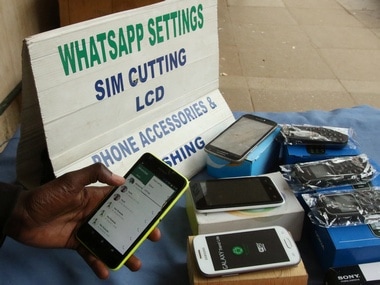 A street vendor adjusts the internet settings on a customer's mobile phone in Zimbabwe. Reuters.

A report by research and consulting firm Ovum in London estimates that mobile broadband connections will rise from 419 million at the end of this year to 1.07 billion by the end of 2022.

“Data connectivity is growing strongly in Africa, and there are also good prospects on the continent in areas such as digital media, mobile financial services, and the Internet of Things,” said Matthew Reed, Practice Leader Middle East and Africa at Ovum.

“But as Africa’s TMT market becomes more convergent and complex, service providers are under increasing pressure to make the transition from being providers of communications services, and to become providers of digital services.”

Mobile phone operators such as MTN Group, Orange and Bharti Airtel are investing heavily in high-speed networks to meet demand from users who are increasingly using phones for everything from paying their bills to streaming videos and surfing the internet.