Upcoming updates could also include new homescreen gestures and a Kid Space for children.

Half the fun with Android is in tinkering with the OS. Xiaomi’s MIUI has always been a little less fun in this regard. The latest update injects a bit more tinkerability to MIUI by making the lock screen more customisable and giving users more control over notifications on that screen.

For starters, the lock screen clock can now be aligned to centrally, vertically or to the left. The second major update is to face unlock where notifications are only shown once a user’s face is verified. This is exactly how Apple’s Face ID has been working since the iPhone X, except that Face ID is far more secure than the face unlock mechanisms implemented by various Android devices.

Other upcoming updates, as dug up by XDA Developers from developer builds of MIUI in China (10.9.5.1), indicate that new home screen gestures are on their way. These gestures will allow users to quick launch apps, open the notification shade and access search functions. XDA also found evidence that MIUI’s ‘Child Mode’ is returning as a rebranded Kid Space. Details are scant on exactly how it works. 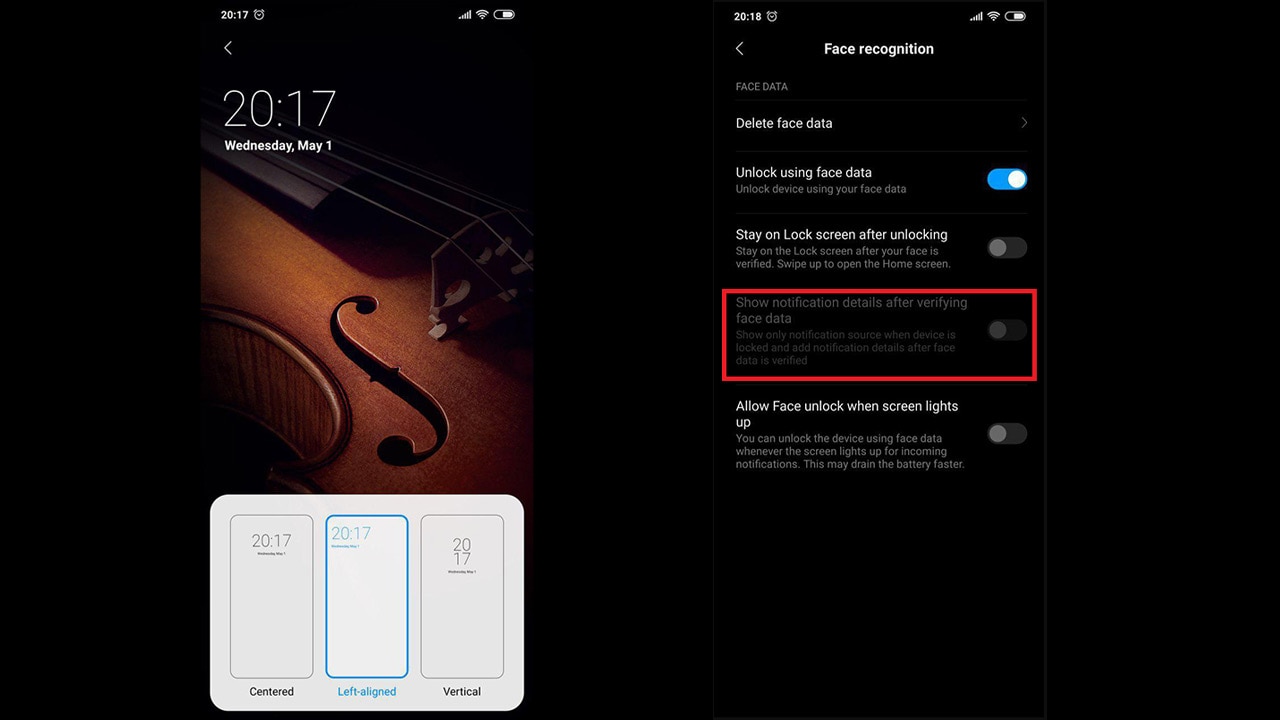