What is also interesting is that Cortana also gives encouragement and motivation for procrastinating people who keep delaying on their health everyday.

Cortana and Fitbit are coming together to monitor the health status of its users, from a simple walk to a meal taken. 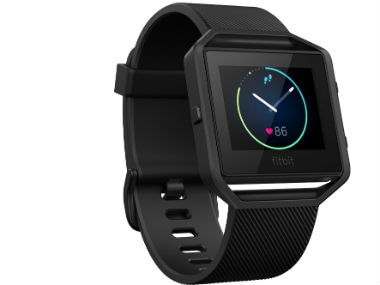 Fitbit to partner with Cortana. Fitbit.com

Fitbit skill is the latest addition to Cortana's Skills Kit. According to a Windows blogpost, the users can easily monitor their fitness levels such as heart rate, steps taken while off to work, etc. Fitbit, which reportedly has 50 million users, is a health-tracking wearable which is compatible with Windows 10, Android, and iOS. Therefore, it is compatible with most of the devices at hand. By logging into the Fitbit account the users can then connect to Cortana. In fact, it may soon be available on the Harman Kardon Invoke Speaker, which is a Cortana-enabled home assistant.

This health tracker keeps a check on its users' health developments like calories burnt, number of steps walked, sleeping behaviour, etc. What is also interesting is that Cortana also gives encouragement and motivation for procrastinating people who keep delaying on their health everyday. Known to understand natural language with ease, Cortana even keeps a record of meals taken everyday. As of now, it is available only in the US, however it would be available in other countries soon.

Skyscanner, Dominoes are a part of Cortana's other Skill Kit.

Fitbit Inc has acquired Pebble, no more Pebble devices to be produced or sold