Microsoft's conversational speech recognition system — designed to accurately recognise the words in a conversation like humans do — has reached a 5.1 percent error rate, its lowest so far. 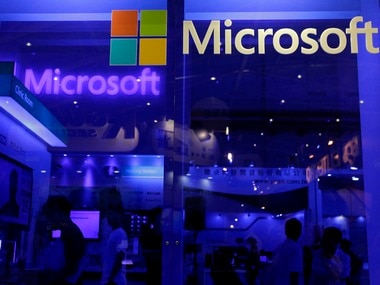 This milestone means that, for the first time, a computer can recognise the words in a conversation as well as a person would.

"Our research team reached that 5.1 per cent error rate with our speech recognition system, a new industry milestone, substantially surpassing the accuracy we achieved last year," Microsoft said in a blog post late on 21 August.

Last year in October, the team from Microsoft Artificial Intelligence and Research reported a speech recognition system that makes the same or fewer errors than professional transcriptionists. The researchers had then reported a word error rate (WER) of 5.9 percent.

'Switchboard' is a corpus of recorded telephone conversations that the speech research community has used for more than 20 years to benchmark speech recognition systems.

The task involves transcribing conversations between strangers discussing topics such as sports and politics.

Reaching human parity with an accuracy on par with humans has been a research goal for the last 25 years.

"Microsoft's willingness to invest in long-term research is now paying dividends for our customers in products and services such as Cortana, Presentation Translator, and Microsoft Cognitive Services," the post read.

"Moving from recognising to understanding speech is the next major frontier for speech technology," the post added.