In a major step towards making data centres energy self-sufficient, Microsoft has deployed an experimental, shipping container size prototype on the seafloor near Scotland's Orkney Islands. 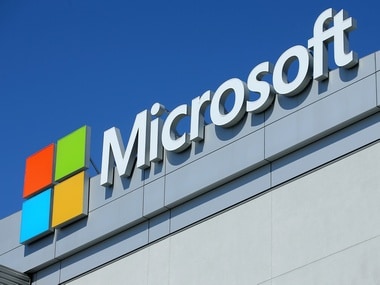 Having data centres with their own sustainable power supply could boost Internet connectivity around the world as data centres are regarded as the backbone of the Internet and the physical clouds of Cloud.

This could be a boon especially for people living in coastal cities. By putting data centres in bodies of water, data would have a short distance to travel to reach coastal communities, leading to fast and smooth Internet connectivity.

Microsoft announced the deployment of the data centre, named Northern Isles, on Tuesday.

The initiative is part of the tech giant's Project Natick, a years-long research effort to investigate manufacturing and operating environmentally sustainable, pre-packaged data centre units that can be ordered to size, rapidly deployed and left to operate lights out on the seafloor for years.

The data centre was assembled and tested in France and shipped on a flatbed truck to Scotland where it was attached to a ballast-filled triangular base for deployment on the seabed.

A cable from the Orkney Island grid sends electricity to the data centre, which requires just under a quarter of a megawatt of power when operating at full capacity.

The theory is that the cost of cooling the computers will be cut by placing them underwater, the BBC reported on Wednesday. "We think we actually get much better cooling underwater than on land," Ben Cutler, who is in charge of Project Natick, was quoted as saying.

This is a tiny data centre compared with the giant sheds that now store so much of the world's information, but with enough room to store five million movies, the BBC report added.

It is designed to remain in operation without maintenance for up to five years. If Project Natick proves a success, Microsoft envisages sinking groups of five of these cylinders, the report said.

Microsoft said that for now, Project Natick is an applied research project, focused on determining the economic viability of operating containerised data centres offshore near major population centres to provide Cloud computing for a world increasingly dependent on Internet connectivity.