All the restrictions mentioned by the company are strikingly similar to the limitations in Windows 10S, which Microsoft killed in favour of ‘S Mode'.

Microsoft accidentally published a web page detailing the limitations of the ARM version of Windows 10. Microsoft later took down the web page and redirected it to another page about troubleshooting x86 desktop apps if they are not working as they should.

Paul Thurrott of Thurrott was the first to spot the document that highlighted all the things Windows 10 ARM can and cannot do. It was known that this version of Windows 10 would be different from the full-blown version of Windows that we're used to on our home laptop or desktop. Till now, there was no clarity on what the differences were, however. One can still access the document and all the details that Microsoft revealed, all thanks to the WayBackMachine by Internet Archive.

According to the now pulled document, 64-bit (a.k.a. x64) apps will not work on ARM-based Windows 10 laptops. This means that Windows will not emulate these apps. Instead, only 32-bit apps or x86 apps will run on this version of Windows. Thurrott noted that support for x64 apps is planned for some time in the future.

What is interesting is that fact Windows ARM will also not work with x86 drivers. These drivers will need to be in native ARM64 to work. This will result in a much more limited hardware support when compared regular Windows 10 options making it similar to Windows 10 S, which also does not support any and every driver. Microsoft implied that apps and games what use the OpenGL standard will not be supported and would stop running. This Windows version will only support DirectX 9, 10,11, and 12 so apps and games that target older versions of DirectX will also not work. Given that chips like the Snapdragon 835, on which this version of Windows 10 runs, natively support OpenGL and Vulcan APIs, this is likely a deliberately enforced restriction on Microsoft's part. 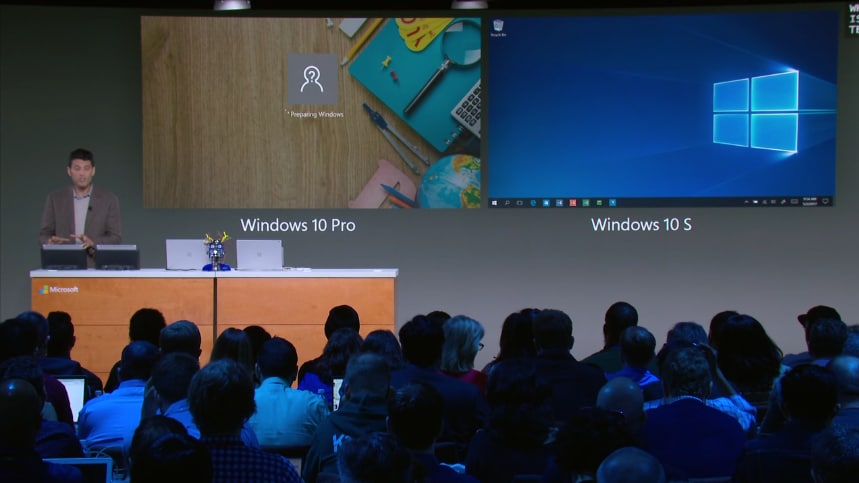 In addition to this, apps that modify the Windows user interface, such as assistive technologies, shell extensions that add entries to the right-click menu, input method editors and other assistive technologies will not work. The apps will have to be recompiled for ARM, which may not happen immediately.

Microsoft has also stripped Hyper-V support from Windows 10 ARM. For the uninitiated Hyper-V is also known as Hypervisor technology and allows an operating system to run a virtual machine while giving access to all the hardware of the parent machine. Given the performance limitations of ARM chips, we seriously doubt virtualisation would be a factor in considering the devices to begin with.

Last but not the least, apps that presume that all ARM devices run a mobile version of Windows will not work properly because of obvious reasons.

All these restrictions do bear a resemblance to the limitations in Windows 10 S, which Microsoft killed in favour of ‘S Mode, but are very different because the ARM architecture is so vastly different.