Project MERCCURI that analysed bacteria found on 15 locations on the ISS, compared them with samples from homes on Earth and the Human Microbiome Project.

The International Space Station (ISS) has a 'very diverse' community of microbes that more closely resembled that of homes than of humans, researchers said on Tuesday. 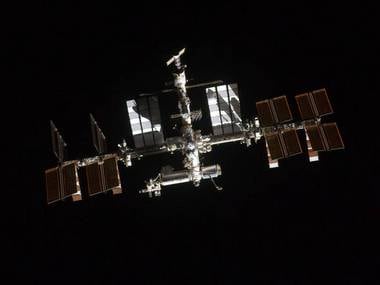 The conclusion is of a citizen science project called Project MERCCURI that analysed bacteria found on 15 locations on the ISS and compared them with samples from homes on Earth as well as the Human Microbiome Project.

This study, titled "A microbial survey of the International Space Station" was published in PeerJ, a peer-reviewed open access journal.

"So 'is it gross?' and 'will you see microbes from space ?' are probably the two most common questions we get about this work," Xinhua quoted study author David Coil, a microbiologist at the University of California (UC).

"As to the first, we are completely surrounded by mostly harmless microbes on Earth, and we see a broadly similar microbial community on the ISS. So it is probably no more or less gross than your living room."

Regarding finding microbes from space, "since the ISS is completely enclosed, the microbes inside the station come from the people on the ISS and the supplies sent to them," he said.

Overall, the ISS is home to at least 12,554 distinct microbial species, and the proportion of species that are closely related to known human pathogens is on par with similar built environments on Earth, the study said.

"The microbiome on the surfaces on the ISS looks very much like the surfaces of its inhabitants, which is not surprising, given that they are the primary source," said lead author Jenna Lang, former postdoctoral scholar at UC Davis.

"What we were also pleased to see is that the diversity was fairly high, indicating that it did not look like a 'sick' microbial community."

Project MERCCURI is a collaboration between UC Davis and other organisations, including Science Cheerleader, a group of current and former professional cheerleaders pursuing careers in science and math.