Close on the heels of the AMG GT four-door that was launched in India earlier this year, comes an updated version of its two-door counterpart - the 2020 AMG GT R. Priced at Rs 2.48 crore, the 2020 GT R is only marginally pricier than the 2017 model which was priced at Rs 2.33 crore. While the entire GT line was given a facelift way back in 2018, it is only the updated GT R that was launched in the country today, but the lesser variants will follow soon enough. 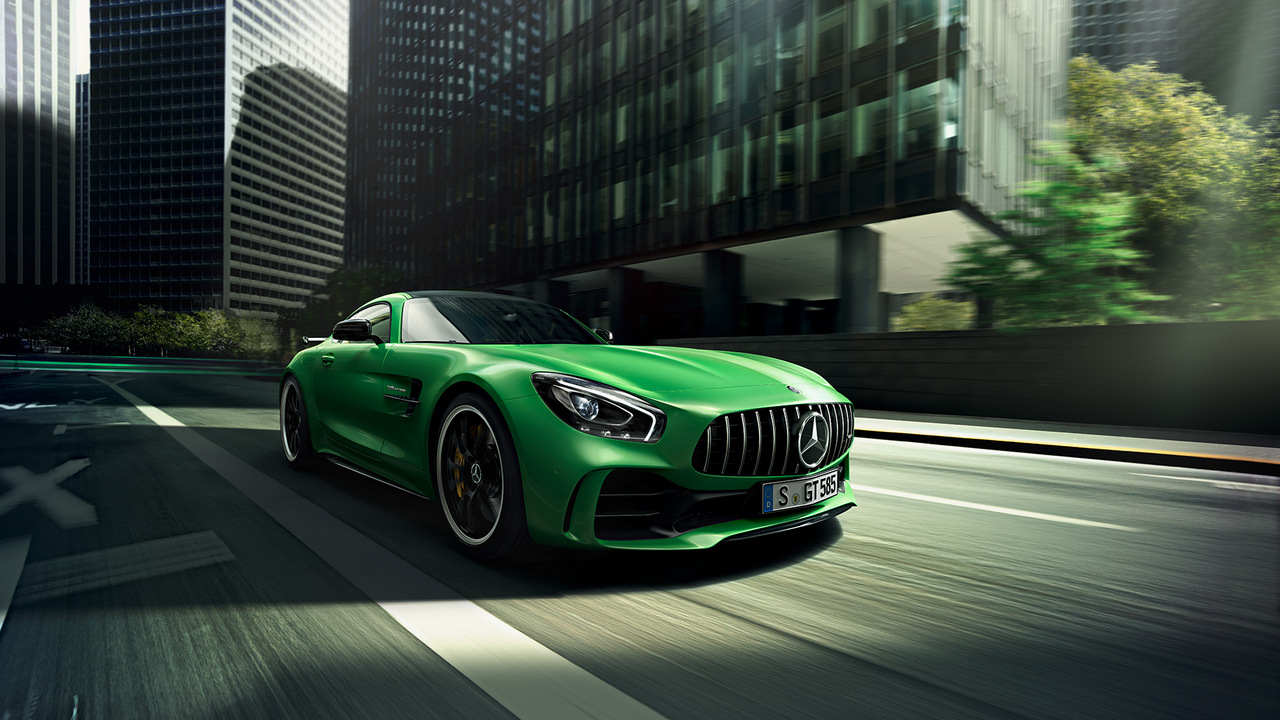 With a car this quick, changes to the 2020 GT R could be hard to spot, but a keen eye will notice a different set of headlamps which don a boomerang-shaped DRL signature and revised detailing for the headlamps. The tail lights are pretty much unchanged and the massive spoiler still dominates the rear end.

The bigger changes are inside the cabin though. The instrumentation is updated with a 12.3-inch digital cluster and it is complemented by a 10.25-inch infotainment system which features a touchscreen interface along with touchpad controls on the wheel and in the tunnel console. The telematics package also includes the Mercedes Me and COMAND Online connected tech. The cabin is upholstered in Alcantara/Dynamica microfibre, with carbon-fibre and metal inlays to elevate the sportiness. The console still features the nine-step Traction Control dial to fine-tune the level of fun you want from the rear end of the car.

The 2020 AMG GT R facelift continues to draw motivation from a 4.0-litre Biturbo V8, which churns out 585PS and 700 Nm and manages a 0-100kmph sprint in 3.6s flat, on its way to a top whack of 317kmph. The power is fed to the rear wheels via a 7-speed transmission. The GT R features mixed tyre and wheel sizes, ceramic brakes and rear-axle steering for optimum control and agility. The engine plays its soundtrack and the crackles and pops through a three-pot active exhaust system made in titanium.

The same engine, albeit in a lower state of tune, also powers the 2020 Mercedes-AMG C 63 coupé, which too was launched alongside the GT R today. Click here to read more about it. Back in 2017, when the GT R made a blistering debut on Indian soil, we had a chance to drive it at the Buddh International Circuit.

Mercedes unveils AMG GT Roadster variants that will blow you away!