Meizu launched the M6 smartphone for CNY 699 (approximately Rs 6,867) at an event in China, a successor to the Meizu M5 which was launched last year.

Meizu launched the M6 smartphone for CNY 699 (approximately Rs 6,867) at an official event in China. The budget-oriented smartphone is a successor to the Meizu M5 which was launched last year. 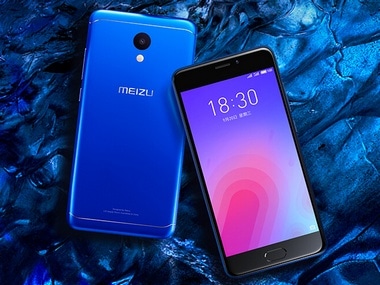 The Meizu M6 goes on sale in China starting 25 September.

According to a report by Android Headlines, the Meizu M6 comes with a metal body with a 2.5 D curved glass sitting on top of the display. The phone also comes with Meizu's characteristic 'mBack' button. The mBack serves as a physical home button as well as being a fingerprint scanner and a capacitive back button.

The camera here is 13 MP rear camera shooter and an 8 MP shooter for selfies. The phone comes with Android 7.0 Nougat out of the box, running Meizu's Flyme 6.0 UI. The M6 also packs in a 3070 mAh battery.

The phone will go on sale starting 25 September and will be available in Moonlight Silver, Champagne Gold, Matte Black, and Electric Light Blue colour variants.

Micromax may launch its first dual-camera smartphone on 29 March