Meizu! Most of us have almost forgotten the name as the brand has been low key in the smartphone industry for the past few years. But as the new year arrives, the Chinese brand took the stage surprised its audience by introducing what it called a ‘radical phone.’ This new smartphone unveiled under the moniker Meizu Zero comes devoid of any ports or buttons. While leading smartphone brands like Apple, Google and even OnePlus ditched the standard 3.5 mm audio jack on most of their devices, Meizu taking a step ahead has brought the new Meizu phone with no physical buttons. The Meizu Zero lacks a SIM slot tray and surprising enough you won’t find a charging port or speaker grill cutout on this phone either.

While Vivo was reportedly in talks of bringing a phone with no ports, Meizu now seems to be the first to take up this trend. The new Meizu Zero feature touch capacitive panels which when pressed firmly offer virtual buttons using haptic feedback. The approach seems quite similar to that of HTC’s flagship phone, the HTC U12+ that incorporated virtual buttons.

From the front fascia, the Meizu Zero looks quite similar to Samsung Galaxy S9 with a curved display and minimal bezels at the top and bottom. The phone flaunts a ceramic unibody design and has IP68 water and dust resistant rating. The phone looks seamless without any ports or buttons, but while Meizu reportedly touts it to be the world’s ‘first holeless phone’ it’s not entirely holeless. The phone has two mic holes in the bottom. The new Meizu Zero emits sound using the proprietary “mSound 2.0” technology that allows it to function as a speaker. Besides this, the phone has an under-glass fingerprint sensor to unlock it. And while the Meizu Zero misses out on the standard USB port for charging, Meizu has replaced it with an 18 Watt wireless charging. As for the SIM tray, the phone adopts eSIM technology which means a tiny SIM is already embedded on the phone. 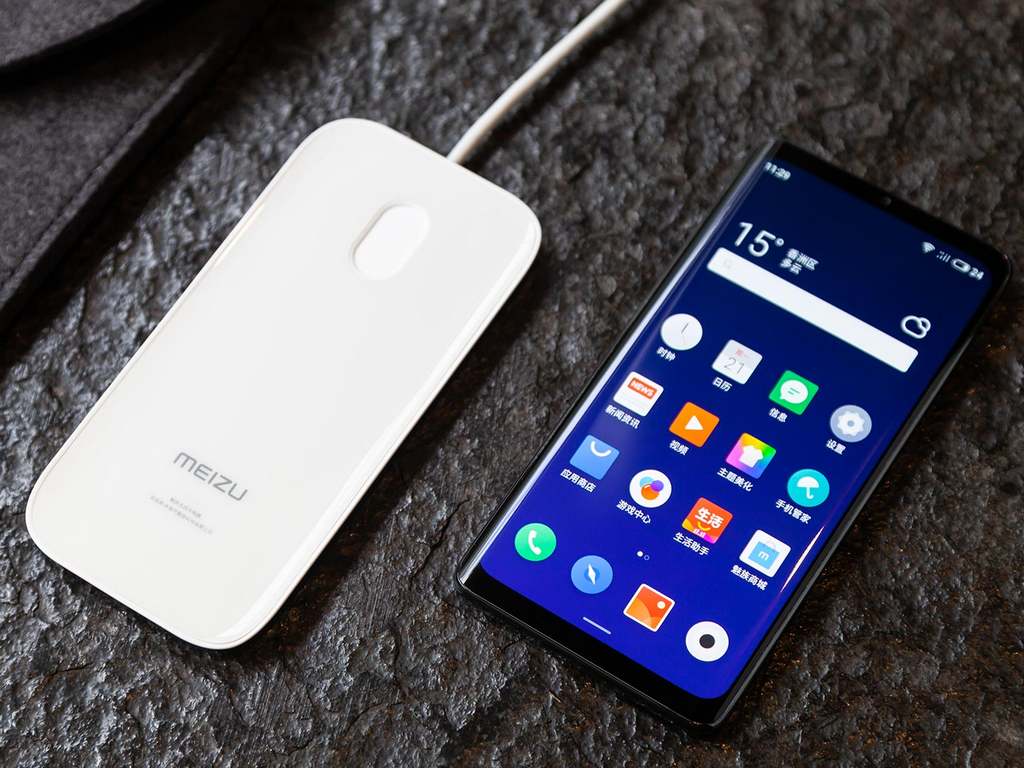 Meizu Mix smartwatch announced in China; although it comes with an analog watch face