MediaTek releases 5G chip for smartphones at Computex, aims to take on Qualcomm

MediaTek is best known for making chips that go into smart speaker devices such as Amazon.com Inc’s Echo units and for making the chips inside the more basic Android phones. Qualcomm’s older chips also find their way into some of those low-priced phones, but the San Diego company is better known for supplying high-powered chips to more expensive Android phones such as Google’s Pixel.

With a new chip unveiled at the Computex trade show in Taiwan, MediaTek is targeting the more powerful phones currently supplied by Qualcomm. The chip will contain MediaTek’s 5G modem, which connects phones to the next generation of wireless data networks rolling out this year and next. However, Qualcomm has a head start. In February, it announced its second-generation 5G chip for smartphones.

Huawei Technologies Co Ltd and Samsung Electronics Co Ltd are also developing 5G chips, supplying their own phones. Intel Corp, which had been supplying modems for Apple Inc’s iPhone, said it would exit the 5G modem business after Apple inked a chip supply deal with Qualcomm in April.

Qualcomm’s chip also handles the two variants of 5G networks, so-called sub-6, and millimeter wave bands. That means that phones using its chip will work on any carrier’s 5G networks. 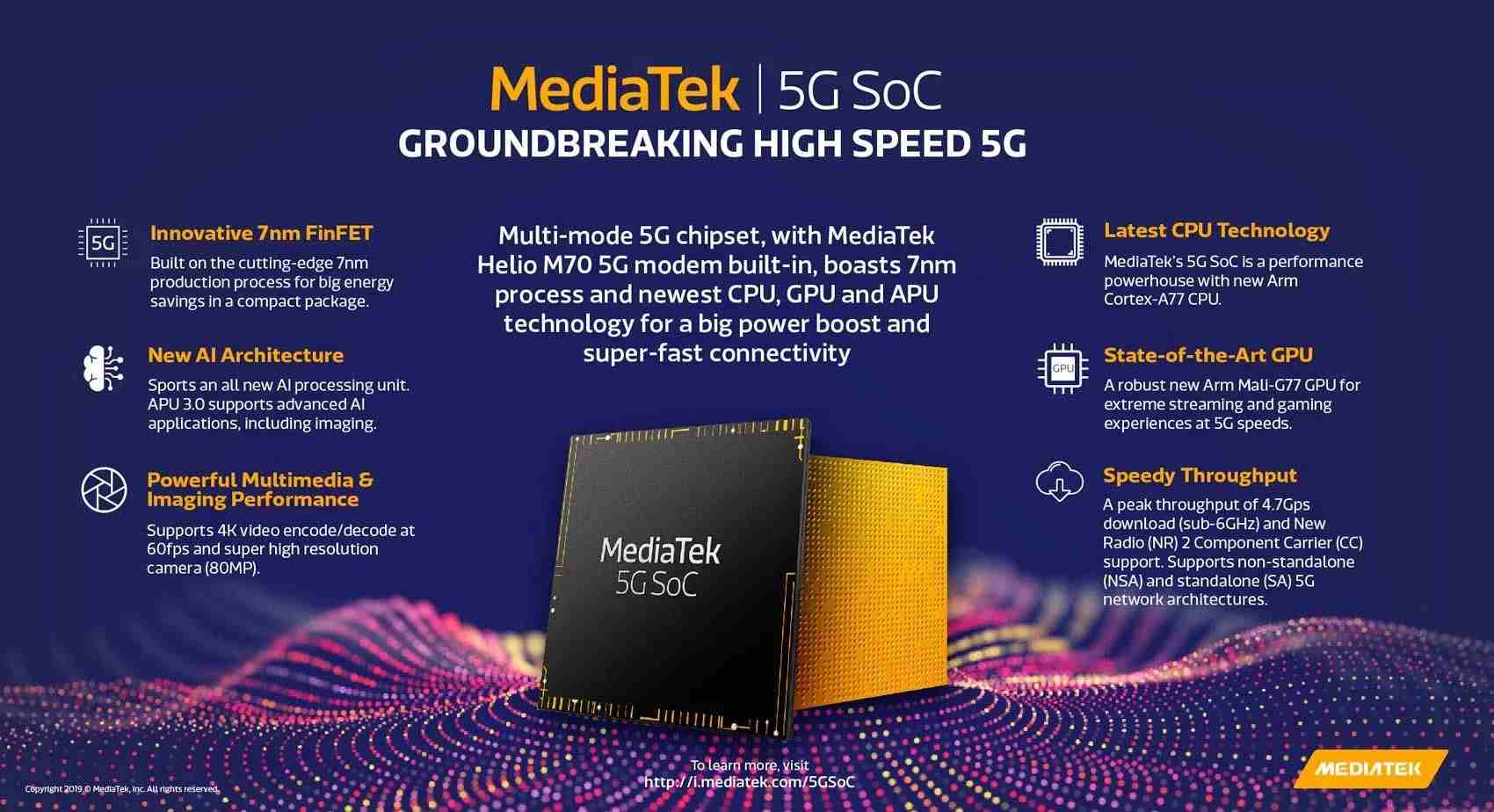 MediaTek’s chip, by contrast, currently handles only sub-6 variants of 5G networks. That helps keep its costs down, MediaTek officials said. But it also means it will not work on all 5G networks from carriers such as Verizon Communications Inc and AT&T Inc that use millimeter wave technology.

Russ Mestechkin, MediaTek’s senior director of sales and business development for the US and Latin America, told Reuters the company was confident its chip could compete in the market for phones designed to work on networks that only use sub-6 technology, such as those from Sprint Corp and T-Mobile US Inc in the United States and many Chinese networks.