Facebook is also expected to place a tool (essentially a shortcut) at the top of user's News Feeds that allow people a way to disable apps.

Mark Zuckerberg, the CEO of Facebook finally broke his silence over the Cambridge Analytica data scandal in a post on the social media platform, discussing ways to limit access to data that developers are provided with. 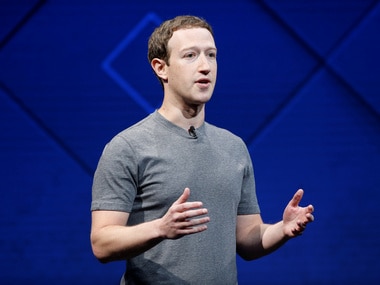 As mentioned by Zuckerberg in the post, methods to cut off access to developers in order to prevent misuse include three major steps which Facebook will adapt very soon. These include providing lesser information to developers in the first place, cutting off access to a user's information when the app accessing the data is not in use for over three months and the need for an approval from Facebook to access additional user information.

According to a report by The Verge, developers using Facebook Login will receive access to only a user's name, email address and a profile photo when an individual sign in through Facebook. Access to any additional information pertaining to the user will require the developer to receive permission from Facebook by signing a contract.

The changes which were outlined in a blog post, also stated that Facebook will additionally cut off access to a user's data as soon as it detects three months of inactivity. This as the report by The Verge points out will be helpful since a major chunk of users might have come to the realisation that hundreds of apps currently remain connected to their Facebook accounts, with the possibility of them collecting information in the background.

Facebook is also expected to place a tool (essentially a shortcut) at the top of user's News Feeds that allow people a way to disable apps.

The social media company states that it plans to investigate all apps that had access to large amounts of user data in the past (during and before 2014), to ensure no information was abused and to tell users if it has discovered that their data was mishandled. Developers that are found guilty of wrongly divulging information will be banned from the platform.

To top things off, Facebook will also expand its bug bounty program so that people can also report cases of data misused by app developers.

While all the measures do sound like a start at what looks like a huge task of rebuilding users trust, it is the execution of each measure which will be a difficult task for the company.