Manu Kumar Jain tweets of a possible new Xiaomi TV coming to India; could be the Mi TV 4A

Xiaomi India MD, Manu Kumar Jain took to Twitter to tease the launch of a new model of Xiaomi Mi TV in the Indian market.

Last we heard, the newly launched Mi TV 4 sold out in nearly 10 seconds when it was up for sale on 22 February. The second flash sale on 27 February also saw a similar result with the stock running out quickly hinting at the strong demand of Mi TV 4 in the Indian market. 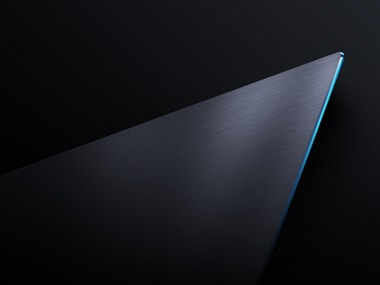 When we reviewed the device we concluded that the TV offered an immense value for money at Rs 39,999. It looks like Xiaomi has noticed the immense success of the Mi TV 4 and may have decided to introduce a new model for the Indian audience.

Xiaomi India MD, Manu Kumar Jain took to Twitter to tease the launch of a new model of Xiaomi Mi TV in the Indian market. The chatter around the internet points out that this new model could be the Mi TV 4A, a smaller version of the Mi TV 4 that is already on sale in the Chinese market. Xiaomi has not provided any details about the TV at the time of writing.

Mi fans! Something new is coming to India!

The Mi TV 4 has an ultra-thin, almost frameless design with a 4.9 mm thickness and the screen size of 55-inch. The TV is capable displaying 4K HDR content and also has Dolby surround sound and DTS Cinema audio capabilities.

It is powered by a quad-core 64-bit Amlogic processor along with a Mali-T830 as a GPU. The Mi TV also has 2 GB RAM and 8 GB of onboard storage for the operating system and to store apps. The smart TV packs 3 HDMI (1 ARC) ports and 2 USB ports, out of which one is USB 2.0 and the other is USB 3.0 port.

A Little Late to end after two seasons; Lilly Singh moves on to Netflix, NBCUniversal collaborations