Mahesh Babu, chief executive at Mahindra Electric said that the company is charging premium on the upgraded version of e-Verito.

Indian car manufacturer Mahindra and Mahindra has won an order to supply 1000 e-Verito to a Bengaluru-based fleet operator Bhagirathi. It is the largest order taken by the company for its electric vehicle. 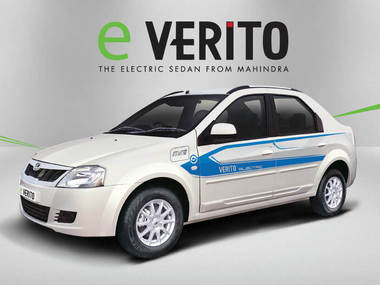 According to a report on Livemint the order value exceeds Rs 100 crore, more than the previous highest revenue of Rs 16 crore generated by the state-owned company Energy Efficiency Services Ltd (EESL) in the first phase of the deal in September. The second phase has not been announced yet.

The previous e-Verito supplied to EESL had a range of 110 km on a single charge. The new upgraded model has 30 percent more range and can travel up to 140 km in one full charge. The report mentioned that the e-Verito will be supplied in a batch of 100 from mid-February to Bhagirathi, which was founded in 2003 and owns a fleet of 2,000 vehicles. The fleet-operator provides services to companies, schools and inter-city demands.

Mahindra Electric Mobility Ltd, the subsidiary of Mahindra and Mahindra is the only commercial electric car manufacturer in India. Mahesh Babu, chief executive at Mahindra Electric said that the company is charging a premium on the upgraded version of e-Verito but pricing details were not disclosed.

According to the report, Mahindra didn't make any profit in the EESL deal at the price point of Rs 10.6 lakh but is expected to make the new deal profitable.

Mahesh Hariharan, the managing director at Bhagirathi, said the company is planning to replace its entire fleet with electric vehicles in next three to five years (as changing infrastructure allows), beginning with 20 percent conversion in 2019 fiscal year. He mentioned that the biggest operational challenge of the project was the charging infrastructure.

He added, "15 charging points are being placed at 'strategic locations' to cater to the first batch of EVs. Karnataka government is looking into it and working out the modalities.”

The report mentioned that greater uptake of EVs is expected by the fleet owners as it's easy to operate compared to the private owners.