A 4G signal will be available underground from next March, starting with the Jubilee line. 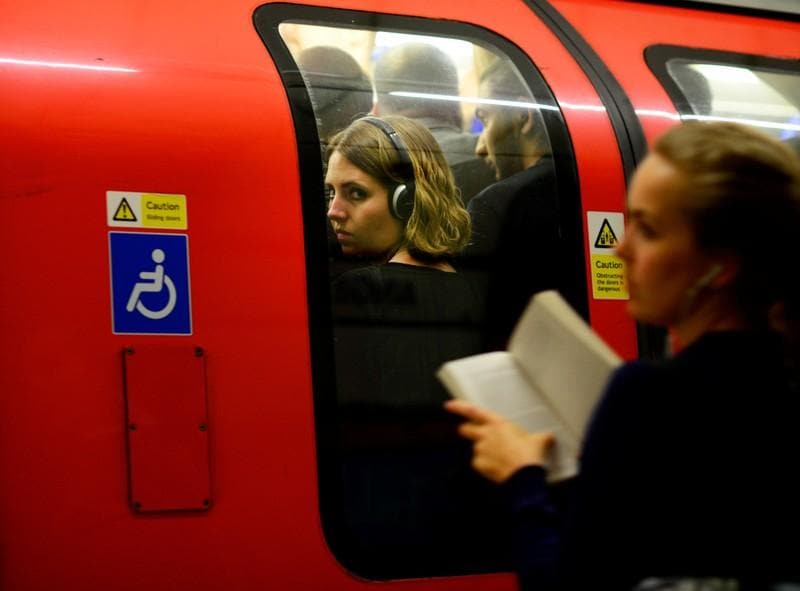 LONDON (Reuters) - Passengers on London's underground railway will soon be able to make and receive calls, filling an annoying communications gap for some but depriving others of one of the last bastions of mobile phone silence.

A 4G signal will be available for the first time on the underground from next March, starting with the Jubilee line.

"The London Underground network is an incredibly challenging environment ... but we are now well on the path to delivering mobile connectivity within our stations and tunnels," said Shashi Verma, chief technology officer at Transport for London (TfL) which runs the network.

Connectivity will first be trialed on the eastern half of the Jubilee line with the rest of the network joining by the mid-2020s, TfL said in a statement.

The new system, which will require more than 2,000 km (1200 miles) of cabling, will also host a new government network which the emergency services will use to communicate.

Other major underground rail systems in the world have had mobile connectivity for several years but London has always been difficult owing to the 150-year-old system's narrow, winding tunnels.

London underground travellers currently have to rely on a wifi signal only available at stations.