The LG V30 offers a 6-inch screen that is shorter and narrower than its previous flagship phone, the G6, introduced just six months ago.

LG Electronics on Thursday introduced a slimmer version of its top-of-the-line phone, with advanced new camera and voice-activation features aimed at active video users, which it hopes can help it claw back market share lost to rivals. The LG V30 offers a 6-inch screen that is shorter and narrower than its previous flagship phone, the G6, introduced just six months ago, making it easier to grasp. It is the lightest smartphone with a 6-inch or bigger screen, LG said.

The phone has a 13 megapixel wide-angle camera on the front, for selfies, and a 16-megapixel camera on the back for taking photos or shooting videos.

The rear camera has an f/1.6 glass camera lens, the widest aperture lens of any major smartphone, putting it ahead of the flagship phones of Samsung Electronics, Apple’s existing iPhone 7 series and HTC, LG said.

A bigger aperture lets more light in and translates into clearer pictures, a key feature where camera phones have always lagged behind adjustable lens digital cameras.

“LG has pulled out all the stops with the V30 when it comes to specifications and features,” said phone industry analyst Ben Wood of CCS Insight, who had been pre-briefed on the device.

“Ultimately it will depend on how much it is prepared to spend on marketing to take the fight to Samsung and educate consumers about how the V30 is different from rival Android ’super phones’”, he told Reuters.

Once a top five supplier of smartphones, LG fell to the No. 8 ranked smartphone supplier in 2016, according to data from market research firm Strategy Analytics. 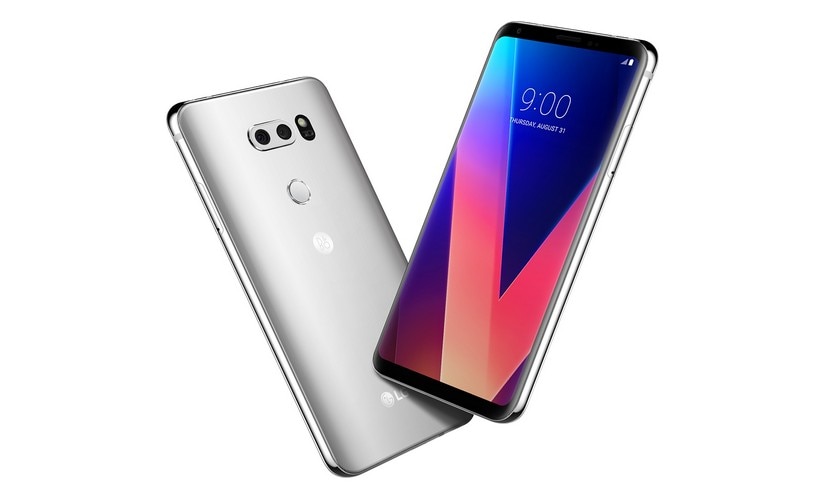 LG, along with once major names like HTC and Sony have been squeezed between top global vendors Samsung, Apple and Huawei and other up-and-coming, aggressive Chinese smartphone suppliers.

Apple is expected to introduce its new iPhone 8 line-up in a few weeks. Samsung has unveiled several major new phone models so far this year, including the Galaxy S8 and the recent Note 8. The LG V30 offers what it calls a cinematic mode for making movie-quality videos, without any training, that provides 15 preset options including romantic comedy, summer blockbuster, mystery, thriller and classic movie effects.

The phone is equipped with Google Assistant and Voice Recognition to activate preset options with voice commands rather than manual effort and other advanced audio features.

Pricing for the premium-priced new phone models were not immediately disclosed by LG. The V30 is set to be available in South Korea starting on 21 September, followed by targeted markets in North America, Asia, Europe, Africa and the Middle East. The standard V30 comes with 64 gigabytes of in-built memory, while the LG V30+, with 128 gigabytes of storage, will be available in limited markets, the company said.