LG Electronics on Thursday announced the launch of the 2018 editions of the LG K8 and K10 smartphones. The company stated that both the phones will debut at MWC 2018 and will be rolled out in Europe, Asia, Latin America and Middle Eastern markets. 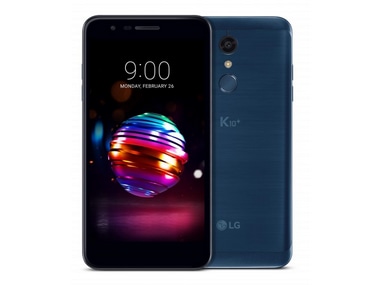 According to a report by GSMArena, LG's decision to announce the new K10 at MWC instead of CES is an important one, since the US market is not a major one for its mid-ranged devices. LG states in a blog post that this year's K10 will pack a camera with quicker focus speeds thanks to the introduction of phase-detection autofocus. The company adds that the camera on the new K10 also has improved noise reduction in low light courtesy of the new 13 MP rear camera sensor.

The LG K8, on the other hand, has an 8 MP camera with a host of new shooting features. It also features a rear-mounted fingerprint scanner which doubles up as a power button. The fingerprint scanner can also be used on both phones to quickly launch the camera app, states LG. Both phones will be available in three colours — Aurora Black, Moroccan Blue and Terra Gold.

In terms of internals, the LG K8 will pack a 1.3 GHz quad-core processor, while the K10 will be powered by a 1.5 Ghz octa-core chipset. The K10 will be made available in three variants — the K10 Plus, K10 and K10 Alpha while the K8 will only come in one variant with 2 GB RAM and 16 GB storage. LG states that the K10 plus will come with 3 GB RAM and 32 GB of storage while the K10 and K10 Alpha with 2 GB RAM and 16 GB storage. The storage on all variants of both phones will be expandable up to 2 TB via a microSD card. Sony drops teaser for a new device being launched at MWC 2018; could be the Xperia XZ2 or Z2 Compact