LG uploaded a teaser video of its upcoming smartphone that will be sporting a dual-screen. It could be the next iteration of the LG V50 ThinQ that could either be called LG V60 or the LG V60 ThinQ. The company plans to announce the smartphone officially on 6 September. 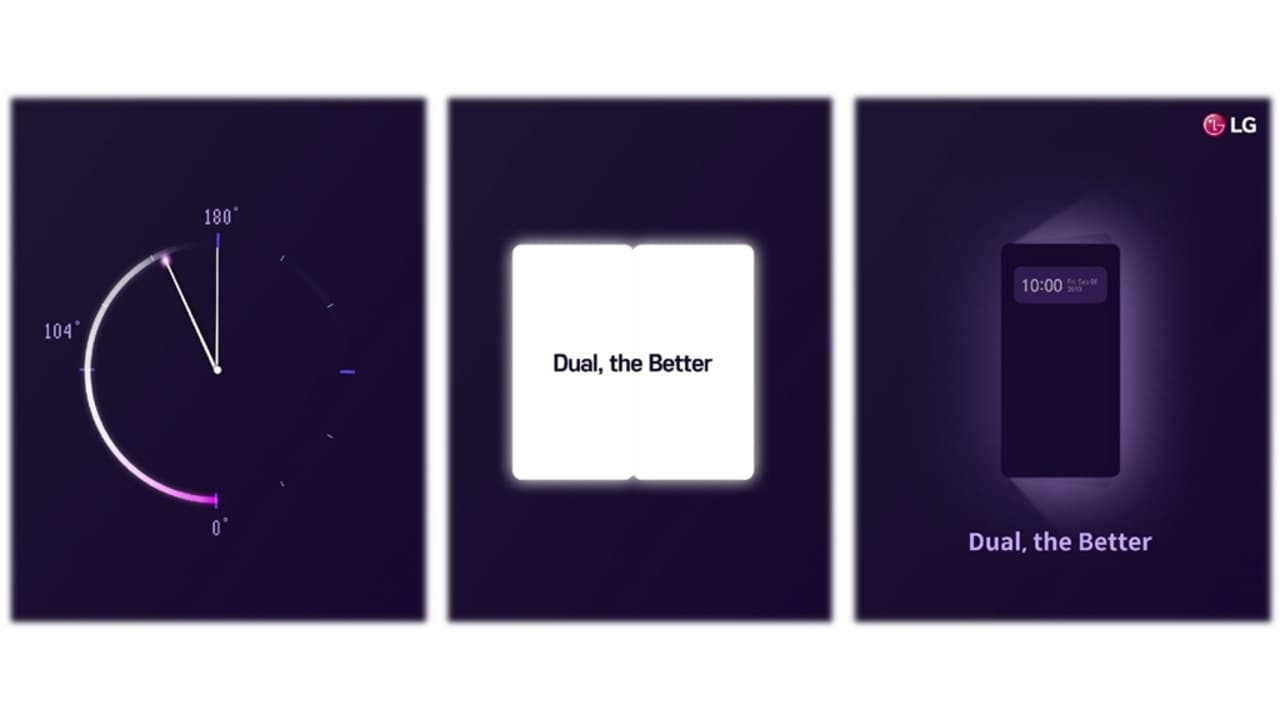 LG’s next smartphone could arrive with 5G support when it’s unveiled at the Internationale Funkausstellung (IFA) in Berlin, Germany. IFA is Europe’s largest technology trade show that is going to be organised between 6 to 11 September 2019.

The company uploaded a 15-second teaser video on Instagram that has a “Dual, the Better” title. It’s followed by an animation of a clock where the hour hand moves from Six O’Clock to 12 O’Clock, suggesting the movement of the second screen that can be positioned at either 104-degree or 180-degree. In the end, the teaser also shows the date and time of 6 September 2019 and 10 am that could be indicative of the phone’s launch at the specified time.

According to a report by Yonhap News Agency, the new phone uses a “free stop hinge” technology so that the second screen can be positioned at any angle like a laptop. Nothing else is much known about the South Korean giant’s next smartphone.