LG V30 is expected to come with a 16 MP primary and 12 MP secondary camera in addition to the dedicated DAC.

LG has released a new video with the title 'The next V: Immersive sound' on its YouTube channel to tease the audio capabilities of its upcoming V30. According to a report by Android Headlines, V30 is rumored to sport a dedicated quad digital to audio converter (DAC). 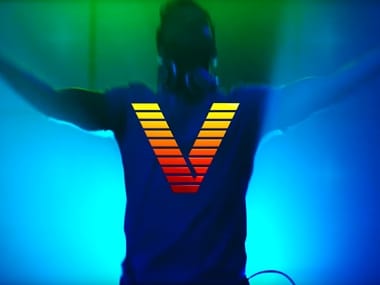 Presence of a dedicated DAC improves the quality of music playback along with clarity of audio that is recorded using the device. This is not the first time when an LG flagship device will sport a dedicated DAC. LG V20 also packed a quad DAC and it managed to reduce about 50 percent of ambient noise.

This comes days after it was reported that the LG V30 and LG V30 Plus will be launched on 31 August in Germany at IFA. The smartphones are expected to be priced at $700 and $875 respectively. LG is going to release the smartphones on 15 September in South Korea, which is the same as the release date of the Samsung Galaxy Note 8.

LG recently announced that the upcoming phone LG V30 will feature a f/1.6 aperture that helps in low light photography. The LG V30 is also expected to come with a 16 MP primary and 12 MP secondary camera.

As reported earlier, the LG V30 is expected to feature a 5.7-inch OLED bezel-less design display and will be powered by a 3,200 mAh battery. It is expected to come with a Qualcomm Snapdragon 835 chipset. We're also expecting the devices to come with an IP68 rating for water and dust resistance.