LG seems to have stuck with old-school ideas in the patent rather than jumping on the bandwagon.

A new design patent filed by LG shows the company to have a different idea in mind for camera setups going forward.

It isn't similar to what we saw on the LG V40 ThinQ which had three cameras on the rear placed in a horizontal fashion, but seem to be similar to the one sported by Huawei Mate 20 Pro.

According to a report by Lets Go Digital, The United States Patent and Trademark Office (USPTO) published three design patents filed by approval by LG Electronics on 23 October 2018. 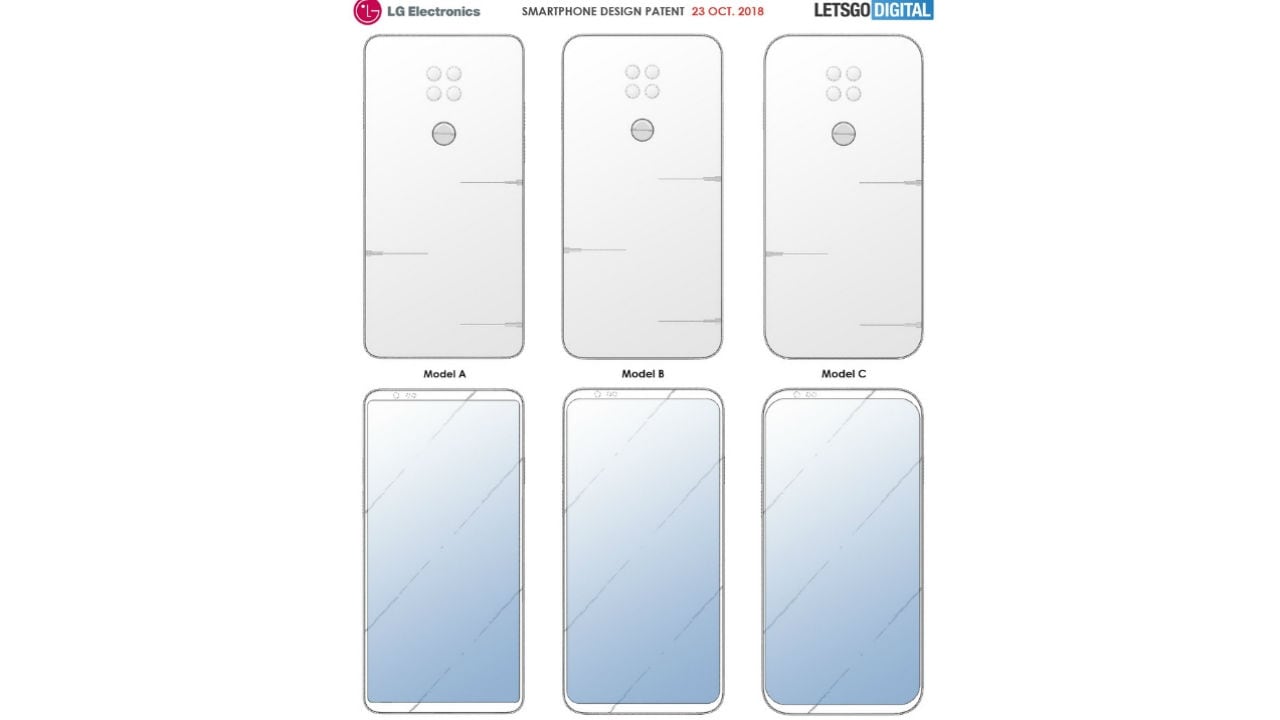 The three design patents show smartphones having a triple camera configuration on the back. The fourth sensor can be a camera or it can also be a flash as mentioned in the report. There is also one in which the fingerprint scanner is seen below the camera assembly.

The four sensors are placed in a square setup, almost identical to what we see on the Huawei Mate 20 Pro.

The patent also shows Model A to have narrow screen edges. Model B has bit more rounded edges and Model C has the most rounded edges. There is a direct relation between the rounding of the edges and the size of the bezels. 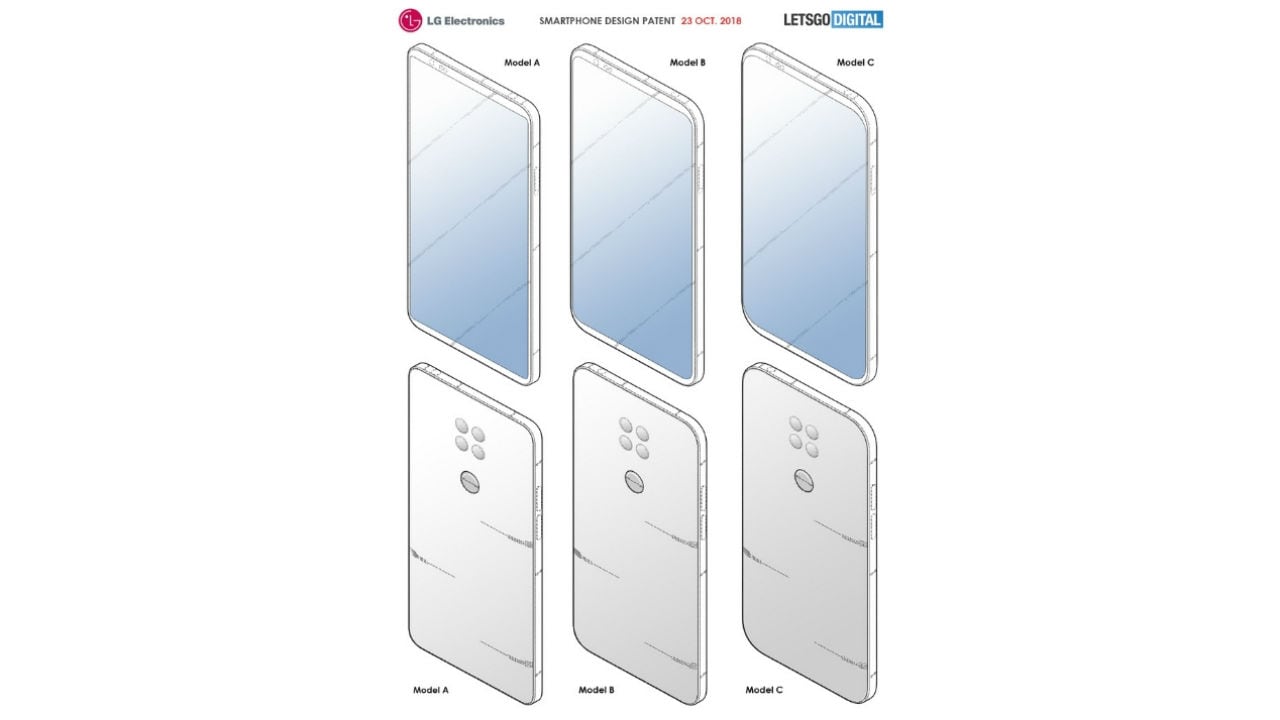 As the edges become rounder, the bezels become thinner as we can see Model C to have thinner bezels as compared to Model A.

The company seems to have stuck with the old-school ideas rather than jumping on the bandwagon. For example, the fingerprint sensor continues to be on the back of the phone, there is no notch drama, no hide and seek with the selfie camera through mechanical sliders and it also sports a 3.5 mm headphone jack!

There is no update on whether the next LG smartphones would roll out with a square camera setup though.