As we know it, Lenovo VP Chang Cheng is famous for entertaining Weibo users with false claims.

Lenovo VP Chang Cheng makes sure to keep Weibo users entertained. Before the launch of the Lenovo Z5 in June this year, he mentioned specifications like a bezel-less design, without a display notch, and when the phone was finally launched, it was anything but that. The top of the device featured a display notch and on the bottom, a thin chin.

Cheng is back again, and this time in a Weibo post he claims that a new phone will have Snapdragon 855 and 5G connectivity, making Lenovo the first smartphone manufacturer to have these.

The Weibo post does not reveal any other information other than this. So even though this information comes from the Lenovo VP himself, going by his past record, we would advise you to take this claim with a sackful of salt. 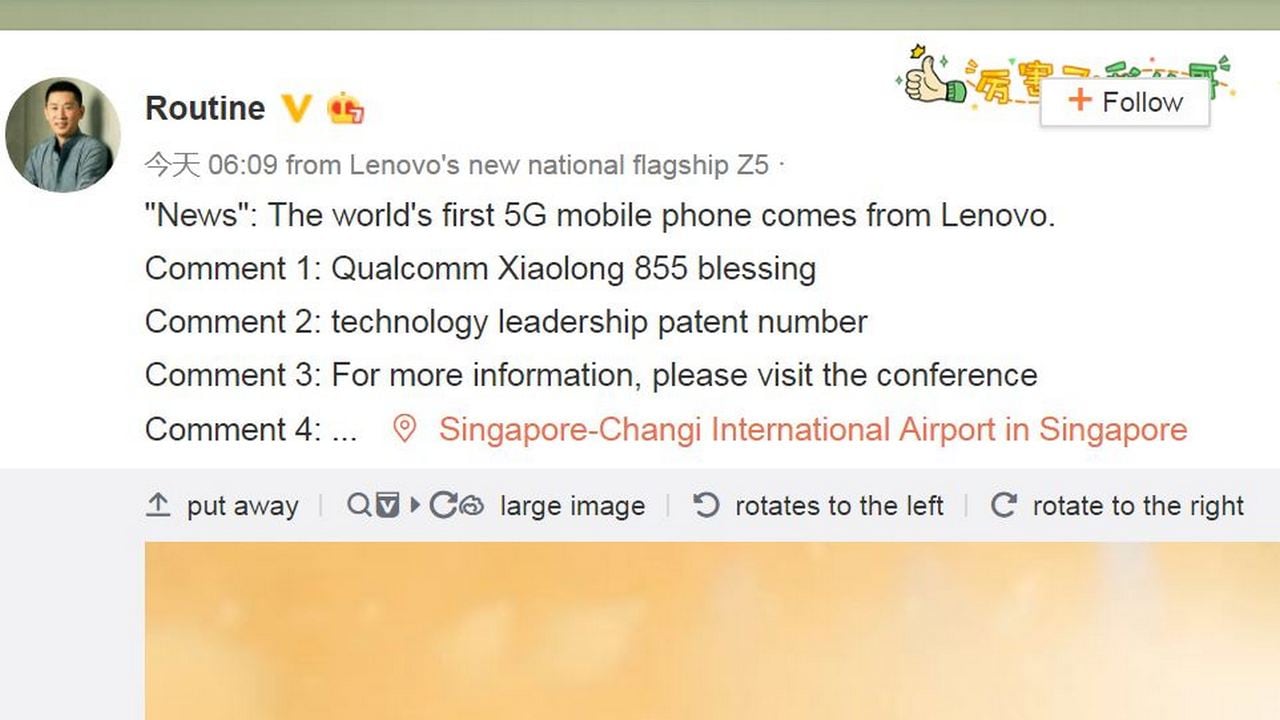 Also, talking of 5G technology, various smartphone manufacturers like Huawei and OnePlus are competing with each other to launch the world’s first 5G smartphone.

As per reports, OnePlus 7 is expected to release in mid-2019 and it is believed to have support for 5G technology. According to a report by PhoneArena, OnePlus CEO Pete Lau said at the Mobile World Congress Shanghai that OnePlus is working with at least one US mobile carrier for launching a 5G smartphone sometime next year.

Considering that, if Lenovo will be the first smartphone manufacturer to have a phone with 5G technology, it will have to launch in the first-quarter of 2019.

While this sounds much like just another tall claim from the Lenovo vice president, only Q1 2019 will reveal the authenticity of these claims.