Lenovo announces the ThinkPad X1 Carbon and X1 Yoga in India along with updated T, X and L series notebooks 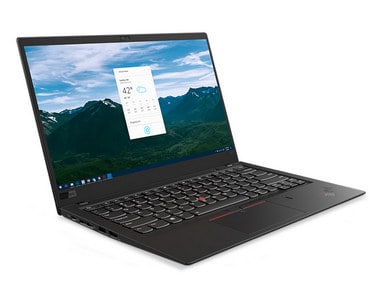 Lenovo has also launched the premium ThinkPad X1 Carbon which the company claims to be the lightest 14-inch laptop in the world alongside the X1 Yoga, a convertible with an integrated pen and Global LTE-A support.

The 6th-generation ThinkPad X1 Carbon which was unveiled at CES earlier this year will retail for a starting price of Rs 1,21,000 while the ThinkPad X1 Yoga begins at Rs 1,26,000. Both premium offerings will be available across retail outlets starting today, while online sales begin on Lenovo's online store next month. The updated ThinkPad T-Series, on the other hand, includes three variants - the ThinkPad T480 priced at Rs 69,000; the ThinkPad T480s which begins at Rs 86,000 and the ThinkPad T580 which starts at Rs 74,000. All three notebooks now feature a fingerprint scanner, IR cameras reader and Lenovo's ThinkShutter camera privacy to protect user data. The ThinkPad T580 also gets optional discrete graphics, which is capable of powering a premium UHD display.