Dubbed 'Unlock The Speed', one can assume that the phone's launch is imminent

After endless rumours and leaks about the upcoming iPhones and Pixel smartphones, it is now the OnePlus 6T's turn to take its place in the limelight.

Usually, the 'T' version of a OnePlus phone is expected to be an improved version of the previous model, as with Apple's S series of iPhones. In the case of the OnePlus 5, things were a little different, though that was primarily because the 5 was so flawed. However, this is not the case in case of OnePlus 6 because it is, by itself a great device. What we are interested in checking out, however, is OnePlus' response to the Poco F1 and whether that response will be the OnePlus 6T. According to GSMArena, in a leaked image, which was posted on Weibo, there is a white coloured box with OnePlus 6T written over it. Inside the box, there is a blueprint image of the phone. As per the image, we can expect that the OnePlus 6T will sport a waterdrop notch, which we've seen on the F9 Pro. Ditching the iPhone X-like notch, it is placed on the top of the near bezel-less display. The notch houses the front-facing camera. 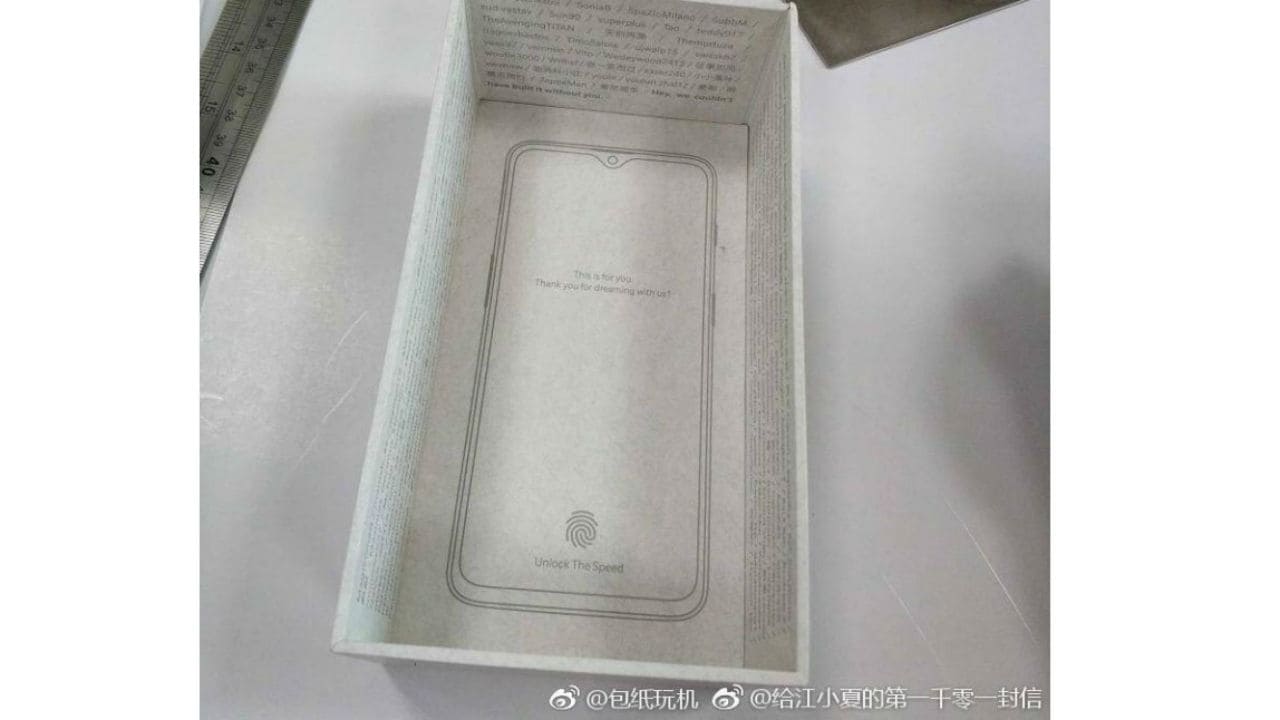 Dubbed “Unlock The Speed", one can assume that the phone's launch is imminent. An earlier report had said that the OnePlus 6T will launch in November, which also happens to be the launch month of the OnePlus 5T and OnePlus 3T, and about a month after the expected launch date of Google's Pixel 3 phones.