Counterpoint indicates that the demand for refurbished smartphones has grown globally with a 13 percent year on year growth in 2017 with up to 140 million devices sold. 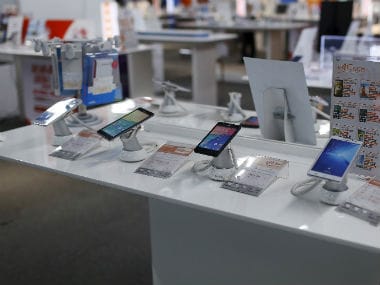 When an older smartphone arrives in pristine condition in exchange at local stores, they are often sent in for repairs and then appear on store shelves once again, this time for a lower price.

Counterpoint indicates that the demand for refurbished smartphones has grown globally with a 13 percent year on year growth in 2017 with up to 140 million devices sold. Compare this to the new smartphone (or brand new goods) market that saw a mere 3 percent growth in the same term, clearly being outpaced by their older refurbished variants.

To make things clear, not all pre-owned smartphones can be termed as refurbished units. The market research firm claims that only 25 percent of the all pre-owned devices reach the second hand market and only some of these get the refurbished branding. There are also varying levels of refurbished devices that sell at different price points depending on factors like storage, finish etc.

Counterpoint research director, Tom Kang, highlighted, “With 13 percent growth, refurbished smartphones are now close to 10 percent of the total global smartphone market. The low growth of the new smartphone market in 2017 can be partially attributed to the growth of the refurb market. The slowdown in innovation has made two-year-old flagship smartphones comparable in design and features with the most recent mid-range phones. Therefore, the mid low-end market for new smartphones is being cannibalized by refurbished high-end phones, mostly Apple iPhones and, to a lesser extent, Samsung Galaxy smartphones.”

Among the various smartphones that re-enter the market after they reach their end of life, Apple and Samsung are the most popular ones.

In fact, they are so popular that the two brands together hold close to three-fourths of the entire refurbished market globally with Apple dominating the space by a significant margin.

Research Director, Peter Richardson added that “Regions seeing the highest volume include the US and Europe. While the fastest growing markets for refurbs include Africa, SE Asia and India. All have been seeing initiatives from the major operators (e.g. Verizon, Vodafone etc.), OEMs (e.g. Apple) and major distributors (e.g. Brightstar) who are adding full life-cycle services. The industry uses data analysis to predict future resale values of devices, which means consumers can be given a guaranteed buy-back value at various points during their ownership. This helps consumers to manage the high cost of the latest flagship smartphones – or at least to obtain a useful contribution to partially offset the cost of their next phone.”

Indeed, all of the above points at the lack of innovation in the smartphone space. Despite the entry of new technologies like machine learning and artificial intelligence in the smartphone market, consumers don't seem to buy them as reasons for going in for a new smartphone, hinting that their influence is just not big enough to bring about a drastic change in smartphone usage, just yet.