Kia Motors India is readying its first-ever compact SUV offering for the country, the Sonet SUV that will be positioned below the Seltos. Based on the Hyundai Venue, the Kia Sonet was first showcased as a concept at the Auto Expo 2020. And now the automobile manufacturer has revealed the exterior and interior sketches of the SUV, which will be largely identical to the production-spec version that makes a world premiere in India on 7 August. 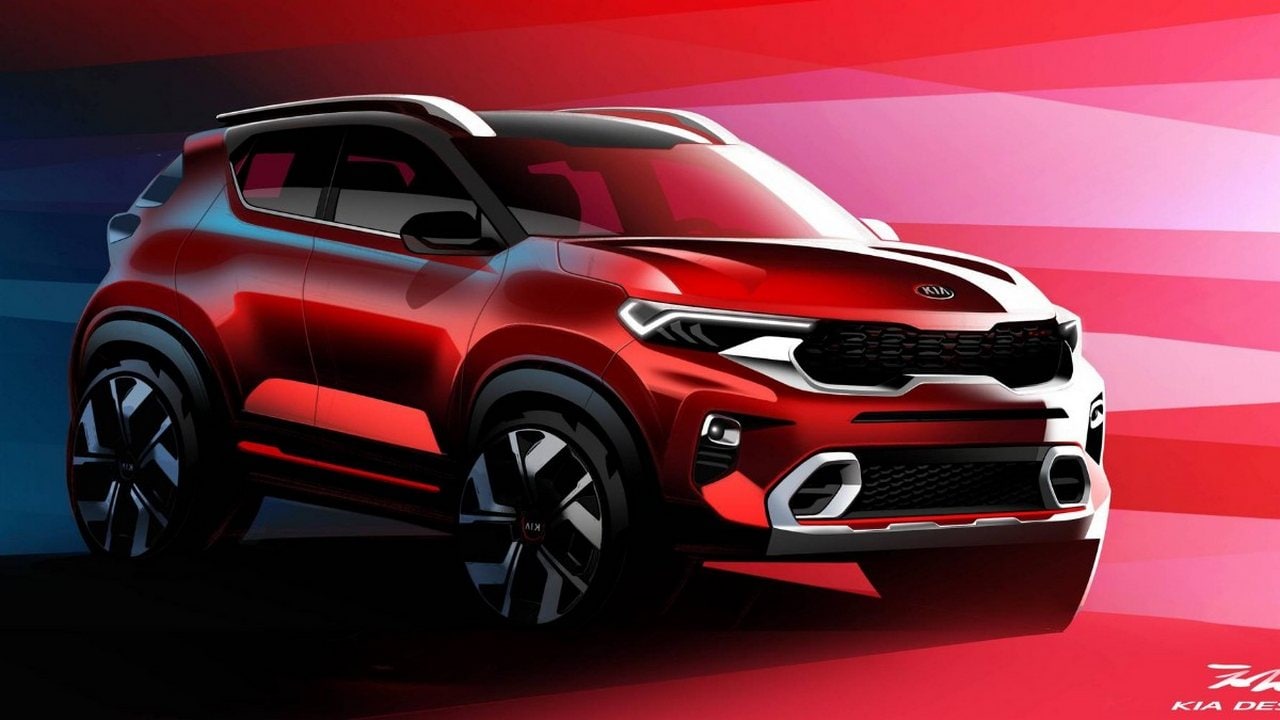 Elaborating on the design, Kia mentions that the Sonet will be offered with a sophisticated cabin that will have a minimalistic design theme and will be equipped with many class-leading features, that will attract both the young as well as those who seek a premium cabin experience. Drive and traction modes can be selected with the controls mounted on the steering wheel while the air-conditioner vents in the dashboard will feature a metallic, diamond-knurled pattern. The highlight of the cabin will be the high-tech digital display and instrument cluster, featuring a first-in-segment 10.25-inch HD touchscreen and navigation system with UVO Connected technologies. Further, the Sonet will be offered with Bose audio system and an intelligent manual transmission. The company also claims that the Sonet will offer best-in-class interior space and features. In the safety aspect, the Kia Sonet will feature an extensive list of active and passive safety equipment, which includes up to six airbags offering front, side and curtain protection for occupants.

In terms of exterior design, the Kia Sonet will sport the characteristic tiger-nose grille, with a three-dimensional stepwell geometric grille mesh which Kia explains offers a strong visual impression inspired by Indian architecture. further, the SUV gets distinctive LED headlamps.

"We are extremely excited to introduce the new Kia Sonet to the world, a compact SUV with a strong and muscular character found only in much larger vehicles. With this in mind, we have designed this SUV with a uniquely sporty attitude, a confident stance and a dynamic silhouette. Its uncompromising attention to detail and selection of colors and materials could have only be inspired by the great cultural heritage that our designers found all over India," said Karim Habib, Senior Vice President and Head of Kia Global Design at Kia Motors Corporation.

Under the hood, the Sonet might continue employing the Venue powertrains - the 1.0-litre turbo-petrol with the dual-clutch AT, the 1.2-litre petrol engine with a 5-speed manual and the 1.5-litre 100PS diesel engine with a 6-speed manual. Safety equipment like dual front airbags with ABS will be standard.