Karbonn Mobiles to launch tablet for Rs 5,000 by Oct

The company that entered into the tablet segment in July with the launch of its first tablet with a 1.2 Ghz processor
priced at Rs 6,990 is aiming to cash in on the opportunity in the segment.

New Delhi: Aiming to start a price war in the branded low-end tablet segment, Karbonn Mobiles today said it will launch a sub-Rs 5,000 tablet by the first week of October.

The company that entered into the tablet segment in July with the launch of its first tablet with a 1.2 Ghz processor priced at Rs 6,990 is aiming to cash in on the opportunity in the segment.

"Our focus has been to provide good products at affordable prices. Our next tablet will be a sub-Rs 5,000 one which will be launched around last week of September or first week of October," Karbonn Mobiles MD Pradeep Jain told PTI. 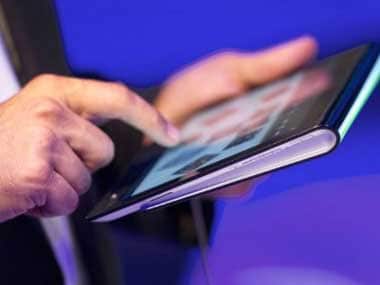 Asked if the company was considering to enter the extreme low-end of the market, which Aakash had attempted at a price of around Rs 2,400, he replied in the negative.

"We don't intend to launch cheap products without quality. Our new product will have lots of features and will come at a reasonable price," Jain claimed.

At present, some of the low-end branded tablets in the Indian market include HCL MeTab U1, Micromax Funbook and iBerry BT07i Tablet, which are priced around Rs 6,500 to Rs 8,000.

Karbonn Mobiles, which sold around 50,000 tablets in July, is eyeing a jump in sales in the coming months.

"We are expecting to sell 1.5 lakh to 2 lakh tablets by October. We are also in talks with state governments to sell our tablets," Jain said.

When asked if the company was looking to manufacture its products in India, Jain said : "We are waiting for government policies to unfold and then we would look at it."

The company manufactures its devices in Taiwan and China.