Uber holds back evidence, claiming its employees were trained in stealing data, in a lawsuit filed by Waymo

Waymo has estimated damages in the case at about $1.9 billion and wants to curtail Uber’s self-driving car program, which Waymo says uses its technology.

Uber Technologies Inc withheld evidence in a lawsuit filed by Alphabet Inc’s Waymo, a US judge said on Tuesday, delaying a trial to give Waymo time to review a letter alleging Uber trained employees to steal trade secrets and hide their tracks. 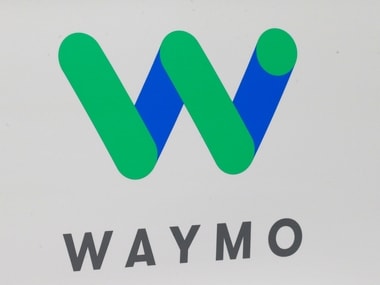 The multibillion-dollar case, in which Waymo has accused Uber of stealing confidential information about its self-driving car designs, has hobbled Uber’s autonomous vehicle ambitions and is the highest-stakes legal challenge on a lengthy list of litigation that new Chief Executive Dara Khosrowshahi inherited when joining the company in August.

The hearing on Tuesday centred on a 37-page letter from a lawyer for former Uber security analyst Richard Jacobs, which Uber did not show Waymo as both sides prepared their cases. The letter turned up last week when it was provided suddenly to US District Judge William Alsup by the US Department of Justice, days before the trial was set to begin.

That Uber had not turned over the letter months ago when it was asked to gather such documents raised the judge’s ire, setting up one of the most heated hearings in the case to date.

“I can’t trust anything you say because it’s been proven wrong so many times,” he told Uber at the hearing. “You’re just making the impression that this is a total cover-up.”

Alsup agreed to Waymo’s request to delay the jury trial scheduled for next week, saying in San Francisco federal court that “if even half of what this letter is true it would be a huge injustice to force Waymo to go to trial” as planned.

It was the second time the judge has agreed to delay a trial at Waymo’s request. In October, he chided Uber lawyers for disclosing thousands of emails to Waymo just before the trial had been set to begin.

Jacobs, who was fired from his job at Uber in April but still works for the company as a consultant, testified on Tuesday about the contents of the letter. The letter said an organization within Uber called marketplace analytics “exists expressly for the purpose of acquiring trade secrets, code base and competitive intelligence.”

In his testimony, Jacobs described an elaborate intelligence operation inside Uber to deliberately research competitors and gather data about them, and use technology to avoid a paper trail.

“I did not believe it was patently legal,” Jacobs said. “I had questions about the ethics of it.”

Uber employees involved in researching rivals were given training with the purpose to “impede, obstruct or influence any lawsuit against Uber,” Jacobs said, including a communication strategy to ensure Uber did not create a paper trail that could come back to haunt the company in any “anticipated litigation.”

The strategy included using ephemeral messaging apps such as Wickr and laptops and wireless internet devices that could not be traced back to the user, Jacobs said. Uber employees also used separate servers from the rest of the business, he said, and invented attorney-client privileges to keep communications secret. Uber also relied on as many as 10 outside security vendors.

Jacobs said he learned of this activity primarily through discussions at Uber involving his manager and other colleagues. The Uber logo is seen on a smartphone in London, Britain, September 25, 2017. Reuters.

Jacobs, however, disagreed with a portion of the letter his attorney had written on his behalf that asserted a team of Uber employees stole trade secrets from Waymo.

“None of the testimony today changes the merits of the case. Jacobs himself said on the stand today that he was not aware of any Waymo trade secrets being stolen,” an Uber spokeswoman said.

Former Uber security analyst Ed Russo testified Tuesday and rebuffed Jacobs’ claims that he was a key figure in Uber’s effort to recruit insiders at competitors to steal confidential information, and instruct Uber staff to keep their communications covert.

“It’s never been our role or my role to engage in the theft of trade secrets,” Russo said. “That’s false.”

Uber has denied using any of Waymo’s trade secrets. Levandowski has declined to answer questions about the allegations, citing constitutional protections against self-incrimination, and Uber has since fired him.

Waymo has estimated damages in the case at about $1.9 billion and wants to curtail Uber’s self-driving car program, which Waymo says uses its technology. Uber rejects the financial damages claim.

A new date for the trial has not yet been set, but the hearing will resume Wednesday with testimony from Uber’s in-house lawyer, Angela Padilla. Jacobs last May sent to Padilla a letter outlining his concerns about Uber’s behaviour very similar to the letter obtained from the Justice Department.

Waymo has accused Uber of concealing Jacobs’ letter with Padilla.

Jacobs said that he believed Uber fired him because he objected to its practices. After his termination, he and Uber reached a $4.5 million settlement. He has been paid $2 million and will receive another $1 million at the end of his consulting contract, he said. He received another $1.5 million in Uber stock.

“There is not one bit of admissible jury evidence from that witness,” said Arturo Gonzalez of Morrison Foerster. The ride-hailing service is the most valuable private US company, but its aggressive expansion has been dogged by scandals.

Most recently, Uber revealed last week that the data of 57 million Uber customers and 600,000 drivers had been stolen in a breach more than a year ago, and that the company had paid two hackers $100,000 to cover it up. Governments across the globe have launched investigations into the incident, and the Illinois’ Cook County prosecutor and Washington state attorney general have filed lawsuits against Uber for failing to comply with data breach notification laws.

Self-driving cars are still a thing of the future: Here are five reasons why

In self-driving car race, only four out of nine cars cover 2 mile course without human help